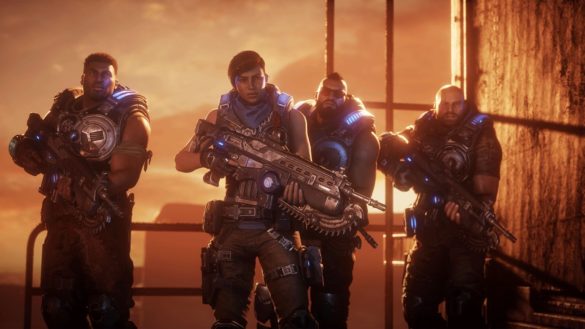 After the Hivebusters DLC, available since December 2020 in Gears 5, the developers of The Coalition are unveiling what Operation 6 will look like.

On the official Gears 5 website, the developers begin by stating that the operations will no longer last 16 but only 11 weeks. They based this on the feedback from the community, as well as the desire to offer more content, more often. In addition, the operations will now be released in two parts, with content at launch and content mid-operations, with each part of the operations containing at least one map and two new characters.

For Operation 6, the game’s fans will have the pleasure of meeting COLONEL VICTOR HOFFMAN, who led the CGU to victory over the Locusts and the URI. At his side will be QUEEN REYNA and the LOCUST ZEALOT, born from Ukkon’s experiments with Imulsion and Kantus physiology, seen in Gears Tactics.

As for the new map, players will be able to go to Speyer, which represents a neighborhood evacuated before the appearance of the Locusts, and which thus remained in its juice. For the rest, it will be necessary to wait for the other publications of The Coalition, which will arrive during the week.