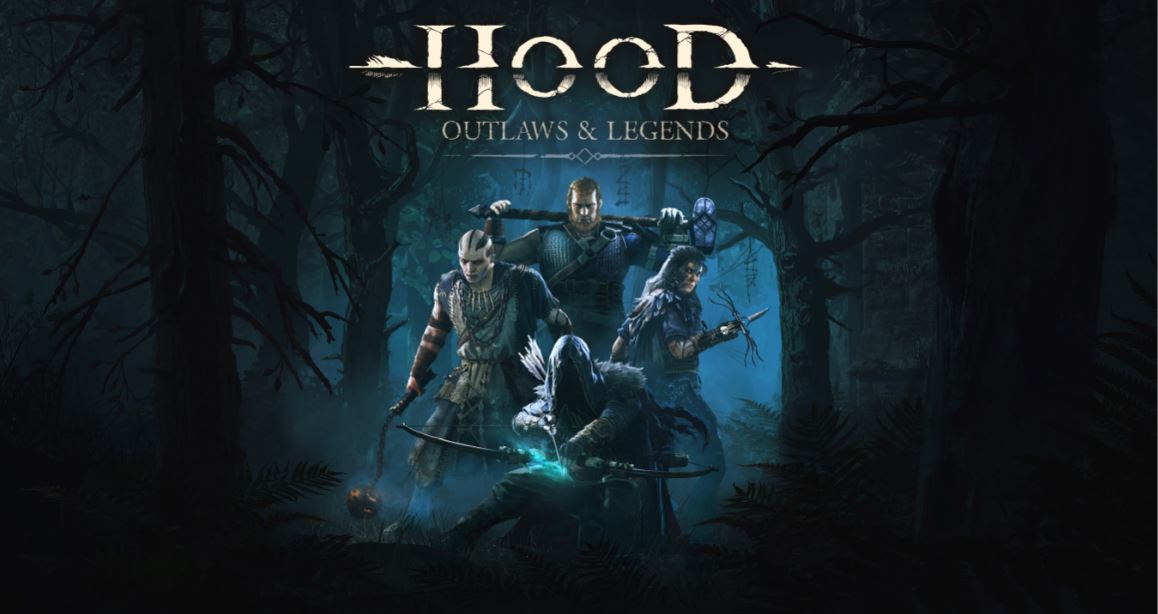 It’s difficult to avoid being excited about Hood: Outlaws & Legends when it was announced. In an explosive trailer, Robin Hood and his gang escaped a thousand dangers, claiming the people’s money stolen by the nobles. A perfect setting for a multiplayer title mixing PvP and PvE, but also infiltration and action, in a kind of mix between Payday, For Honor, and Assassin’s Creed. A winning cocktail? We will answer you.

Test conditions / PS4 and PS5 versions:
This test was performed on the PlayStation version of Hood: Outlaws & Legends. From PS4 to PS5, the title remains more or less the same, with inevitably a lower framerate and resolution on the older generation. We also noticed longer texture loads on old-gen. However, matchmaking remains laborious on both versions.

Like Payday, Hood: Outlaws & Legends is a multiplayer action-infiltration game where players must cooperate to capture loot, set against the backdrop of the Robin Hood legend. At the beginning of the game, the player can choose from a cast of four heroes. There is of course the one who “robs the rich to give to the poor”, Robin Hood himself – equipped with his trusty bow – but also Marianne who’s specialized in the art of stealth and long-distance fighting.

Not forgetting John (Little John) and Tooke (Friar Tuck), two ice chests that act mainly as tanks. You don’t need to have each of the characters in your group to pull off a heist. Although, as usual, varying the composition will prove useful to win. The games are played in 4 against 4, against a group with the same objective as you: to get your hands on the precious loot.

But it’s not just the other players who are inviting themselves to the party. In Hood: Outlaws & Legends, the levels are filled with guards who will do anything to protect the loot. The title mixes PvP and PvE. As soon as the infantry sees you, they will attack and even raise the alarm, giving the four other outlaws the position of the one who didn’t keep his distance.

This is a detail that normally encourages discretion. Hood incorporates classic mechanics of the genre, such as the tall grass to hide in. But the stealth approach quickly replaces the direct combat. This is because, in our games, we rarely came across companions who wanted to do this. And above all, because this strategy rewards the player very little (except for XP or even “beautiful game”) and is not penalized at all when it is not respected. Too bad for an action/infiltration game.

BE CAREFUL OF THE HEIST.

In Hood: Outlaws & Legends, it is quite common for robberies to turn ugly. As a result, the cast of heroes seems bland and uncomplimentary, as they are suddenly seen almost exclusively through the offensive prism. In fact, only one feature can really encourage a change in the cast: Tooke is able to regenerate his brothers in arms if they are nearby (the only way to regain life), John has enough strength to open harrows in the Kratos style, while Robin and Marianne can drop ropes to gain height.

But these assets quickly fall by the wayside. Your teammates will rarely be around to get back to health – unless you’re playing with friends – harrows can easily be bypassed, and ropes are underused. And it’s not the unique abilities of each hero, which are activated by a series of kills, that raise the bar. They take far too long to load to have any impact in the heat of the action.

So you’ll find yourself running from one objective to the next, on six nicely made maps, but similar from a level design point of view, and too big for what the game has to offer. For now, Hood: Outlaws & Legends only has one game mode, which always follows the same pattern: steal the key to the treasure room from the sheriff, open it, carry the chest to the extraction point and operate a winch to leave with the loot. From there, it’s a game of cat and mouse. If the opposing team gets the key before you do, you’ll have to hope that they set off the alarm or that one of your teammates sees it and then attacks. Again, if you have lost track of the chest. You can even try to save a few coins during the extraction process.

Hood: Outlaws & Legends quickly becomes a routine. The location of the guards and the treasure room never changes, which encourages you to run headlong into the familiar area. However, despite some serious balancing and content issues, the title does offer some good moments. Sneaking up on enemies with Marianne’s ability to turn invisible works well.

So does hiding in the bushes with Robin while waiting for the other team, hoping to get a headshot. These are qualities that you would expect from any multiplayer TPS that mixes action and infiltration. The same cannot be said for hand-to-hand combat, which is neither exciting nor tactical. As you can see, in either case, it’s hard to be fully satisfied with the feeling of Hood: Outlaws & Legends.

Unfortunately, the production doesn’t help the game. Aside from the pretty art direction, the animations in Hood: Outlaws & Legends are glitchy and sometimes clumsy. Not to mention the visual bugs and the laborious matchmaking. Especially since the title doesn’t do much to attract the player to come back: there are simply no cinematics to introduce/develop the universe and the evolution of the characters doesn’t amount to much, except for some cosmetic elements and passive assets. However, this is only the launch of the game, and a new mode and map will be coming very soon. But for now, Hood: Outlaws & Legends just manages to stir up some curiosity.

With only one game mode at launch and a very dubious balance, it’s hard to recommend Hood: Outlaws & Legends as it is. Despite a nice art direction and an interesting (if not original) concept, Sumo Digital’s title misses the mark in almost every aspect. The burglary missions, the main interest of the game, struggle to create any sense of accomplishment, as they turn into a cat-and-mouse game. You’ll spend your time running around on maps that are far too big, hoping to find an enemy to shoot. Moreover, the stealth approach, although well promoted on paper, is not valued at all, and the infiltration sequences will quickly become bloodbaths. Bloodbaths that are not very interesting, despite some good moments with the ranged weapons. Maybe Sumo Digital will raise the bar with updates and content additions? But for now, Robin Hood doesn’t hit the bull’s eye. It just crashes.