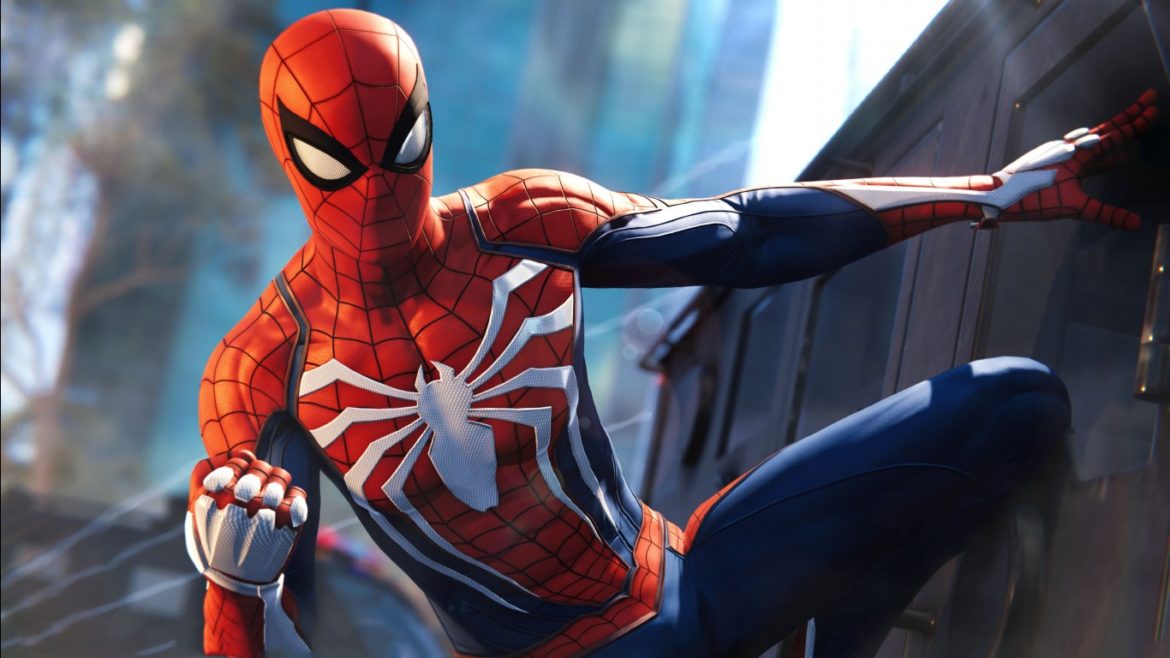 Spider-Man is one of the iconic and classic characters in the world of comic books from Marvel, despite the appearance of this character in many video games over the years, but he didn’t get that “game” that we remember as one of the strong and unique games unlike his rival from DC Comics “Batman” who got many great games in his history.

Now after all those years of waiting we have a new action game for the Spider-Man character of and from a special development team Insomniac and exclusively on the PlayStation 4 console, which has enough components to offer New York City as we have never seen it before, after many hours of playing the game it’s time to find out if this adventure is the best for the Spider-Man character or the standards here is higher and will make it one of the best PlayStation 4 exclusives and one of the best action games that we got this generation, it’s time to know the answer.

Spider-Man returns with this third-person action game, the story here is not based on any comic story or a movie for the character but it revolves in the world of Marvel and Peter Parker character, who is 23 years old and has been 8 years since he got the abilities of Spider-Man.

The game is aimed at fans of this character in the first place and explain the events in a beautiful sequence but not in great detail who does not know some of the characters like Mary Jane and others may find themselves sometimes lost in the beginning, but things become clear by the story progresses, and here we can admire the game so much because it offers a very special plot makes you excited to know what is going to happen in the next chapters, and personally I think the story of the game is cooler than the recent Hollywood films of Spider-Man and by a big difference, there will be famous enemies and also you will play different characters from Peter Parker “Spider-man” and this gives the game a very special dramatic plot. Well, I will not spoil the story details because I do not want to burn the events in it and I hope that the reader enjoys that story when going through this adventure.

Let’s move now to the technical side of this game, and first, we will start by talking about the graphics, at first look I can only say that New York never looked so beautiful in a video game before, swinging in the city and moving between its buildings makes you really live the role of the Spider-man character in the best possible way, and what’s also special here is that the difference in time make the game looks very different because exploring the city in the morning is something completely different from the views in the evening with all those lights and stuff and also watching the sunset and the reflection of the sunlight on the water, New York City looks “alive” in a way that we haven’t seen it in a video game before, all those cars and characters that walk the streets makes you feel like you’re part of this world.

The Spiderman swing and the high jumps over the buildings and the parkour in a smooth way make this game very cool at the level of graphics, there is a slight criticism here and it’s the designs of the characters’ faces, which we can’t compare to other games released for PlayStation 4 like God of war or Uncharted but it’s okay, and it’s still good, and I won’t complain too much about this.

We can also admire the game on the level of sounds, the voice representation is great and even when you’re swinging between the buildings of New York you will hear a lot of different dialogues of the characters in addition to the interactive music that appears with the action and when facing enemies and it increases with the level of their powers and it disappears with the defeat of the last enemy of them, the music is very suitable for the environment of Spiderman and it’s one of the strength points of this game no doubt. So the technical level in general, this game is very special.

Let’s talk now about the gameplay style, the Spiderman game is a third-person action game, most of it you will control Spider-man who has many different abilities, perhaps the most important of them undoubtedly hand to hand combat, and here the game presents itself in an amazing way because the hand combat style is very cool when mixed with the different abilities like hitting the enemy with kicks and punches before you use the webs to throw it or to give him a final KO strike or using all the different and varied web shots between explosive and electric and those can be used also as bait for enemies. Here we will open the subject on the possibility of upgrading abilities and skills, whenever you do the main and side missions you will get the points that allow you to develop the character whether with gear, skills, or even various suits, you can finish the game completely without the need of upgrading all of them because the necessary skills to finish the game you will earn them without getting experience points but if you want to get a real Spiderman able to perform many combos and defeat a larger number of enemies very quickly you have to collect points and develop yourself.

Side missions are varied, but most of them are really boring and will make you feel you repeat the same tasks, especially when facing the same enemies usually and with the same idea every time. Sometimes you will have to face them directly and in others, you will try to infiltrate and use stealth techniques, or completely different side missions such as trying to collect somethings like “samples of air pollution”, or solve some puzzles related to Peter Parker’s work in the lab or collect Spiderman bags scattered around the world of the game or even try to find clues left by another character from the famous characters in Marvel world and other stuff like this. Side missions are the thing that gives the game a great value to the fans of collecting and exploring to get all the various abilities and skills of Spiderman and get all the gadgets and costumes…

Let’s continue talking about the gameplay style, through the adventure you can go directly to play the main story missions, which usually ends with a fight scene with one of the bosses, and sometimes it can be “cinematic” where you have to press the right button at the right time on the scenes, or you can face the boss with a combat fight depending mostly on the environment and the place where the story revolves, the game is not difficult in general, but it’s full of fun and entertainment and whenever you swing between different areas you will get unexpected tasks to accomplish, such as trying to prevent an armed robbery on a store and help the police or help the passengers to survive from a car accident and others, and those are all side missions that you will play while trying to reach the main mission area to continue the story or you can just ignore them and proceed with your main mission only.

I can really respect the development team significantly through what is presented in this game because it simulates the Spiderman character in the best possible form in terms of gameplay, the fight is very entertaining especially when you develop the abilities and skills and your creation of different ways to face the challenges, and here we mention the flaw of the game which is the weak diversity of enemies and the way you face them makes it a little monotonous with your progress in the game, at least you will enjoy the experience of all the different movements of Spiderman, but the enemies do not offer a great diversity of their actions, it seems very repetitive. Of course, that doesn’t reduce the quality of the gameplay, because the fighting is very cool as well as the ways to use the various abilities of Spider-Man and exploring the city which it’s very entertaining.

The new Spiderman adventure doesn’t offer any online or coo-op playing, but it offers a very large value for the players, so if you want to get everything in this game you will have to spend many hours playing it of course, but if you want to follow the story only and accomplish the main missions, you will get an action game that offers you more than 15 hours of play “there is no measure of time in the game to know the actual playing hours and there is only a percentage that shows you what has been accomplished”, I can say that to get everything in the game it may take players about 50 hours of play, which is undoubtedly a big number for a game like this.

Not much remains to talk about here, there’s a camera that can sometimes be used in the game to accomplish certain missions or to photograph famous landmarks in the city that later makes it easier for you to navigate the map using those landmarks.

Also what special about this game that it is not only a game of “Spiderman”, but it gives the title role to other characters that you will play within some chapters of the story.
The last thing I can say that swinging between the buildings of New York hasn’t been cooler than this game, and no previous superhero -game offered this amount of excellence in the gameplay style and amazing storytelling, there is no doubt that Marvel’s Spider-Man is one of the best PS4 exclusives which will be enjoyed by the fans of the Spider-man in the first place, and also fans of action games in general.

THE GAME AWARDS 2020: HERE IS THE LIST OF ALL THE WINNERS