Call Of The Sea Review 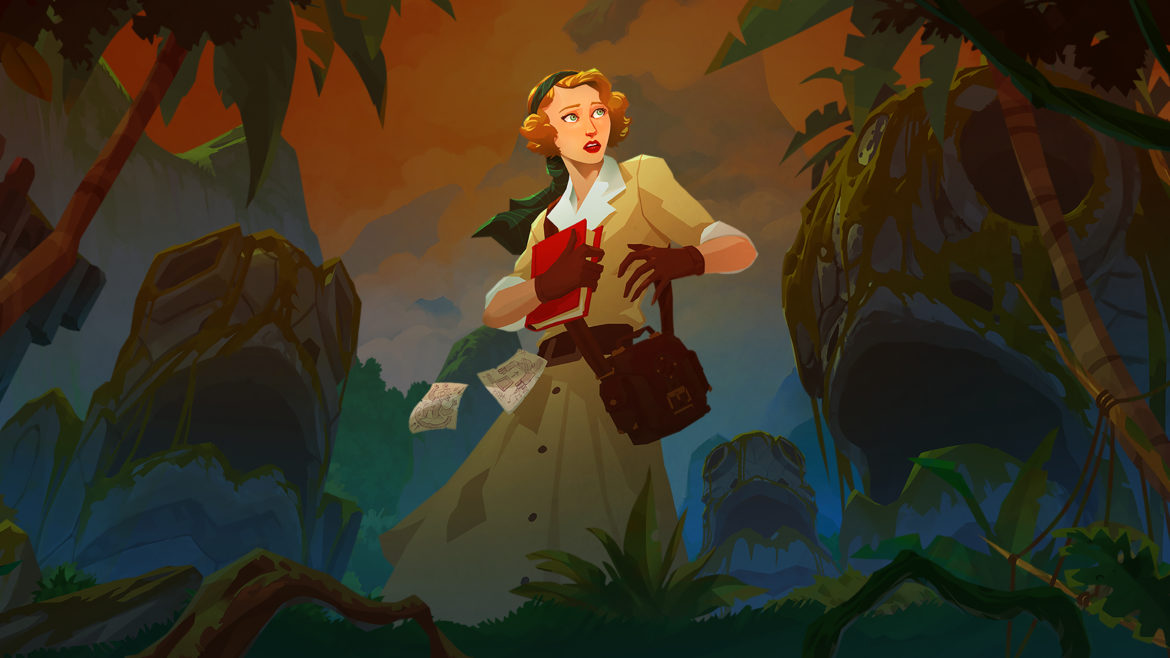 With the launch of the new generation consoles everyone is preparing to experience the AAA games that take advantage of the power of these new devices, but as usual, at the beginning of every generation we have many games outside this range but not much different from those powerful and important titles and can despite their medium potential to make players respect their developers, and that’s exactly what happened during our experience of the game Call of the Sea, which provided us with fun hours of play, and during this review, we will dive into one of the entertaining experiences at the beginning of this generation, especially since we tested the game on the Xbox Series X, and the game is also available on Xbox One and PC for Xbox Game Pass subscribers.

The game takes place in the 1930s, specifically in 1934, where the young teacher Nora decides to go into a mysterious journey beyond the Pacific Ocean searching for her husband Harry, who set off on a journey to find a cure for Nora’s rare and completely unknown disease, but during that journey, Harry and his crew suddenly disappeared, and Nora had to take off to that unknown island, which was the last place where Harry had been before he disappeared.

During this trip, Nora was shocked by this mysterious island, which contains historical monuments from the past, and the amazing views scattered throughout the island, and Nora will have to explore that island and that civilization to find out the mysterious fate of her husband. The game unlike many others with medium capabilities does not present its story in its usual form by telling the events to the players directly, but here in Call of the Sea the events of the game are narrated to Nora first and the player has to read its notes in order to understand the what’s happening, and it is something that some of the players can hate and get bored of, and others can get related to it, especially since it is not a typical thing we saw in recent video games.

The writing and environments of the story are very special because it was inspired by the famous American writer “Howard Phillips Lovecraft”, who we have seen a lot of quotations of his writing in the world of video games over the past years, but none of these works have been able to create their own luster as that game gave us.

Call of the Sea is a first-person puzzle game, and therefore it fully focused on providing many and many puzzles within that island, and we find that things are different between these puzzles because some puzzles can be solved with just some hints and instructions provided by the game, which is also noted by Nora in her diary while she’s wandering around that island, and those can be the easiest type of puzzles and the player only have to collect the hints and instructions together and he can solve them easily and open some new places and various rewards that will help him understand the fate of Harry and his crew and what is really going on inside the island.

As for the other type of puzzles (which was very disturbing), were some of the puzzles that were harder to solve due to the lack of instructions for them, and the game sometimes doesn’t provide you with enough hints and forces you to spend a long time thinking, and sometimes you will even put down the controller and try to remember everything that happened to you and try to find the smallest details around you in those areas in order to know the solution of the puzzle, and although you’ll feel completely satisfied when you solve these puzzles, you will find that the reward was not worth the effort at all.

The gameplay is smooth and simple and does not have huge possibilities, but one of the really fun things during this experience is the graphic element and artistic orientation of the game, which gave us a very entertaining graphical experience and amazing views, the colors are bright throughout the island and the environment is similar to many titles and of them is the famous “Bioshock trilogy”, and there is great attention to details inside the island like the flowers and trees around you or the movements of water and bright lighting whether on day or night to offer us pleasant spectacular views and a graphical experience that has used even a little part of the capabilities of the new generation and especially since the game got some improvements on the Xbox Series X.

As for the soundtracks, it wasn’t at the same level as the graphics, because we were rarely able to notice them during the game, even the music at the beginning and end of the game was not so influential on our feelings with main characters, and it could have been better than this.

Call of the Sea was able to offer us a completely pleasant experience over the 7 hours of play, which is the age of the game that took me to finish it completely. The game gave us the story of Nora that followed the mysterious fate of her husband who went to search for her cure on a mysterious island, and what’s cool about the story, despite its simplicity, is the narrative style which was different from many games and made us dive now and then into Nora’s diary to learn about the events and what is going on around us, which is the same for the puzzles that rely heavily on Nora’s writings and notes written in her diary about this mysterious island, although there are many very difficult puzzles that need a long time to think about their solutions. But the most special thing about this game is the graphic level and artistic orientation, which was quite impressive and visually enjoyable, which made us overlook the mediocre level of the game’s soundtracks and which could have been better than that. Overall, the game offers an experience that is definitely worth playing and will make you go through a very amusing journey.