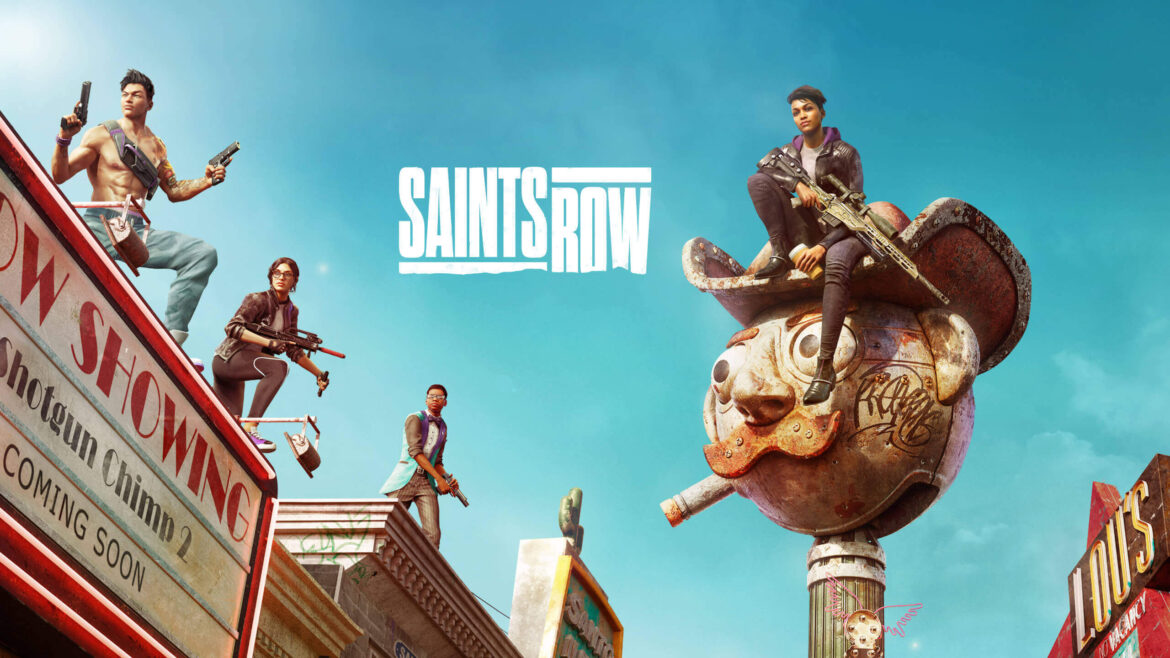 Released exclusively on Xbox 360 in 2006, the very first episode of Saints Row has since given birth to a successful franchise, with four main episodes and several DLCs, expansions, remasters, and other spin-offs. As time went by, the tone of this GTA emulator turned more and more to the big delirium and exaggeration, so much so that Santa Claus and Satan ended up appearing in the last scenarios. It’s hard to continue with the overkill in a fifth installment, which finally takes the form of a reboot centered once again on the formation of a criminal gang.

Without much explanation, the scenario puts us at the head of a group of four broke friends who decide to become gangsters in order to survive. Simple but effective, this plot comes up against the controversial design of these anti-heroes, who can easily be described as millennials, hipsters, or slappers. The most unbearable of them is certainly Kevin, the tattooed man who spends his time with his shirt off, even if the two-eyed Eli and Neenah also struggle to convince.

Then there is the main character, who has no other name than “the Boss”, and whose genderless appearance will be quickly changed by most players, since the customization tool allows you to create the hero you want. And on this point, the game hits hard, because the options are extremely numerous.

If they necessarily check the box of inclusiveness (prosthetic arms and legs, female and male “attributes” that are not mutually exclusive, the possibility of sticking a female voice to a man and vice versa…), they push perfection to the point of allowing a lack of balance on the face. Creating exactly the character you have in mind still requires a certain amount of time and talent, but those who are in a hurry or less talented will fortunately be able to import the Bosses created and shared by other players.

This is a quick and efficient way to play with a Dwayne Johnson, Michael Jackson, Joker, Aiden Pearce, Agent 47, Walter White, John Wick, Donald Trump, or Willy Wonka look-alike. Immersion is a little bit tricky, especially since it is possible to change your appearance at any time and at will, but it would be wrong to complain about it, because the Saints Row saga is more known for its craziness than its realism. Let’s note in passing that this advanced customization also concerns, but to a lesser extent, weapons and vehicles.

Still inspired by the GTA recipe, like its predecessors, the new Saints Row had to offer a striking and interesting city. From that perspective, it is pretty much a success! Santo Ileso is a sunny city, which borrows cheerfully from Las Vegas in particular and from the American West in general. The atmosphere has therefore accents of the modern Wild West, and the game does not hesitate to push this trait to the limit, via the presence of saloons, canyons, or cowboys’ outfits.

However, no monotony or monomania is to be feared, as the different neighborhoods each have their own personality, which allows you to switch at any time from a desert area decorated with cacti to an ultra-modern downtown. The ten available radio stations reflect this quite well, as there are channels dedicated to rap, metal, classical music, country music, and even synthwave! Also, the enemy factions are quite different from each other. The Los Panteros guys are big muscular guys looking for contact, the soldiers of the Marshall security company use technologically advanced weapons and implants, and the Idols bring fun and flashy colors to the battles.

On the other hand, the number of gangs and soldier archetypes per gang does not seem high enough to avoid a certain feeling of repetition over time. It must be said that the game offers many side missions and activities, so it can keep you busy for hours. The recipe of the open world full of things to do (things to collect, things to take pictures of, targets to eliminate, challenges to complete in a loop, side missions…) is applied here to the letter, even if it seems a bit dated.

Fortunately, the zany aspect of some actions helps to make the pill go away and leads to good moments of great nonsense, despite the absence of a weapon as crazy and striking as the Penetrator of Saints Row: The Third, just to name one. A skill system allows you to unleash a few interesting moves, such as the flaming fist or the pineapple express (which consists in grabbing an enemy, putting a grenade in his pants, and throwing him on his fellow creatures). Helicopter driving, flight suits, the ability to position yourself on the roof of cars to shoot, and other stunts also answer the call.

The most important new feature of this episode is certainly the Criminal Empire Table. It shows us a map of the city with 14 empty plots of land, which must be occupied by 14 illegal businesses. It is possible to place the business you want in the location you want (this is good), even if it doesn’t change much in the end the look or the activities of each neighborhood (this is not so good). These businesses allow you to collect as much money as possible in a passive way, but to do so you will have to complete as many missions as possible related to each activity.

Getting rid of toxic waste, recovering food trucks dedicated to drug trafficking, or throwing yourself under cars to make false insurance claims are just a few examples of what you can expect. This criminal empire system allows you to vary the situations even more and is one of the good ideas of the game, which offers us some nice flashes, like this life-size and voluntarily cheap role-playing game, or this mission which asks us to ruin the tuning of a car, and which brilliantly hides a tutorial dedicated to the customization of vehicles. The ultimate elimination animations, to be triggered regularly during the fights, are dynamic and nicely designed, while some lighting, shading, and volatile smoke effects are quite advanced.

But the graphics are still quite classic overall (from a technical point of view), while the art direction constantly hesitates between realism and cartoon, and ends up reminding us of The Sims sometimes (no, this is not a compliment)! But the most annoying thing is the game’s final touch, which would have deserved a few more months of development. The numerous bugs and technical problems include permanent clipping (sudden appearance of certain elements of the scenery), crashes, characters that are sometimes badly placed, scripts that don’t trigger, and tutorial messages that remain permanently displayed in the middle of the screen. The last straw is the “unable to start the game” error message which prevents some players (including us on too many occasions…) from launching the game! As you can see, the new Saints don’t really take us to heaven…

Saints Row could have been the reboot for a revival or the recognition, but it turns out to be a semi-deception. An open world too classic, a bunch of anti-heroes without any real charisma, questionable art direction, and bugs everywhere that tarnish a picture that could have been brilliant otherwise. Indeed, the city of Santo Ileso and the modern Wild West atmosphere are not lacking any charm, the customization is extreme, some graphical effects (not all of them, ok…) are relatively advanced, and the different missions and activities are varied enough to entertain the player for dozens of hours. But this half-finished result may end up doing more harm than good to the franchise, which won’t really be able to count on this episode to get a second chance.