Chronos: Before the Ashes Review 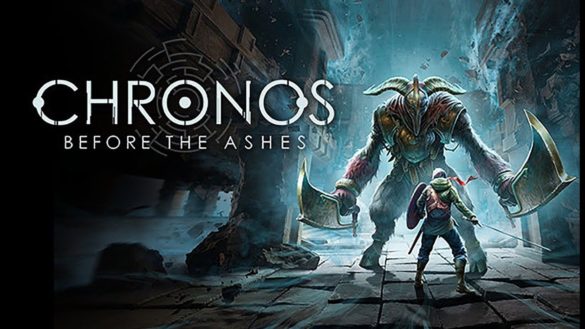 Remnant: From The Ashes was one of the surprises of last year, its marketing was modest, but it won the admiration of gamers and critics when it was released and it made great sales, and the development team decided to release another game and which was Chronos: Before The Ashes, that tells the events happened before Remnant.

The story the beginning was a little misty and all you will know is that you are on a mission to kill the Great Dragon, which caused a lot of destruction and chaos in your world and from here you will start your quest, which will take you on a journey to another world to kill the Dragon and his soldiers. The game will provide a number of explanations for its story in a set of texts distributed here and there, some of it paints a clearer picture of the world in which you are engaged in your adventure, while the other introduces you to the history of the scientific project that opened the gates to this world, and the story is not a prominent or essential component of this experience.

The game has an average technical level and it seems that the graphics haven’t been improved from the original version, but it was acceptable, but we nevertheless faced a slight drop in the frames sometimes as the textures load late on many occasions and some of the game world designs are blurry, and for the soundtracks, there are a number of simple melodies that you hear during confrontations with the leaders, but they aren’t much to mention.

Chronos is an action and RPG game a little similar to the Dark Souls games and unlike Remnant that introduced some changes such as reliance on firearms, Chronos is very traditional and relying on melee weapons and it presents all the usual and classic elements of these type of games, you have light and heavy attacks with the ability to block and dodge, and you can also refill your health, and you have the special ability that you activate when the meter is full, by causing damage to opponents, and there is an additional button that activates the same ability, but for a short period without any requirements, and another key element of the gameplay is the perfect dodge, which allows you to strike a with a powerful hit with your chosen magic ability within a short window of time.

The game presents an interesting idea and that is getting old, your character is 18 years old in the beginning, and every time you close and restart from the checkpoint you will grow a year older. Getting older means your character has more experience and skills and he gains physical strength gradually in youth but also means you lose your strength gradually in case of repeated losses and reaching old age.

From the age of 20, you will be able to select a permanent skill every ten years and these skills include your ability to absorb damage better when defending or increase the power of your hits permanently and other skills that will help you finish your quests. This idea is interesting, and may affect your style of play if you reach an advanced age where your physical strength and endurance become weaker but with a higher experience in using magic.

There isn’t much challenge in Chronos, because the experience have a medium difficulty in general and many of the reasons for your loss will be related to the non-ideal response to your character, and as mentioned the movement of the character is heavy in general, which makes these situations very incoming but not much tedious also. Boss fights in this game are very simple and you can defeat all the bosses with the same strategy of dodging at the last minute and responding with a powerful counter-attack.

Weapon upgrades relies on the resources that you collect from enemies and is always available, as the acquisition of experience points to reach a new level is very easy and will happen without any effort from you, because killing a few enemies during your navigation in any area can raise your level several times, and the game does not offer much explorations as its content is very limited.

10 hours was enough to end this game, which we found mediocre in the end, it is primitive in what it offers from the gaming experience and limited in its content, there is always the option to re-play with a higher difficulty, but we don’t know what might lead you to do this because of the limited content in it, and in case you liked the experience of Remnant: From the Ashes, you don’t need to play Chronos because its story did not tell us anything we didn’t already know, and the gameplay experience is not comparable to many other RPG games, and if you are a newcomer to the title, we advise you to play Remnant: From The Ashes and forget about this part.

Cyberpunk 2077 has sold more than 13 million copies until December 20, despite the refunds