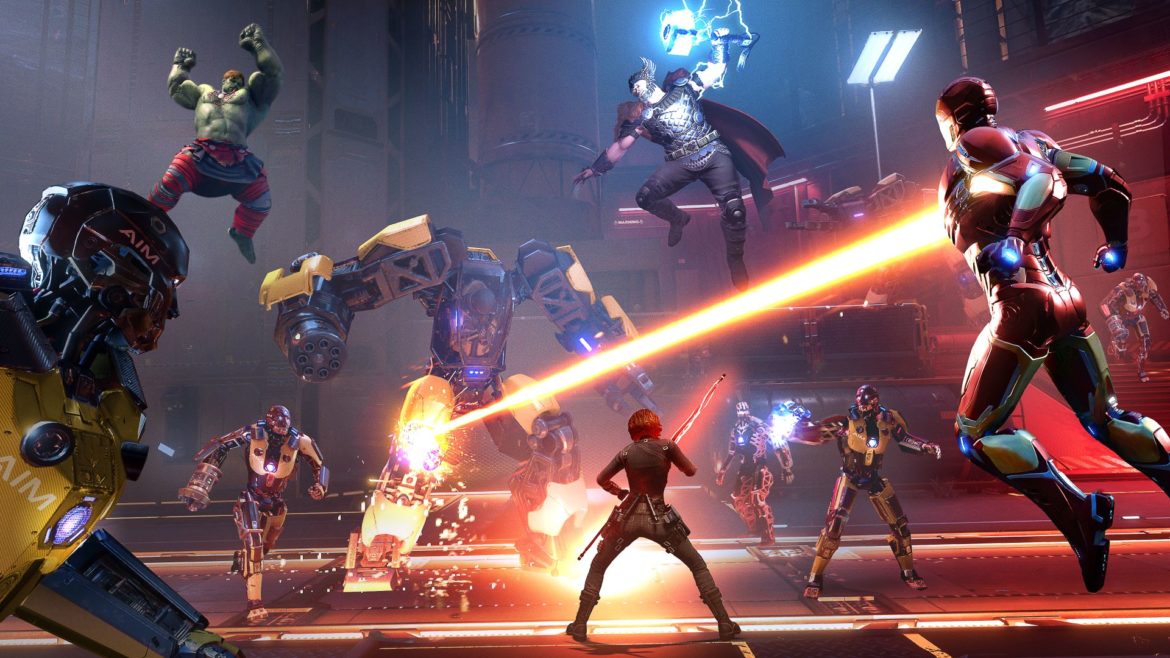 Throughout its history, the gaming industry has seen dozens of releases that were focusing on superheroes, most of which went unnoticed and did not last long, except for a few characters such as Spider-Man, which has received varying versions during the past two decades under the supervision of Activision, and Batman Arkham games that managed to re-highlight those legends in a dramatic way that contributed in the return of the superheroes to the filed in the most spectacular form. More publishing companies and development studios decided to invest their efforts in introducing more games of this category and presenting the most popular characters as in Marvel’s Avengers from Crystal Dynamics studio.

It’s not strange that Marvel’s Avengers got off to a bad start like the marketing methods, and through countless criticized character models, through the introduction of the game as a live service that keeps getting new characters and missions every once in a while, and finally having an exclusive character on PlayStation only. Even with all those obstacles, the title received a lot of attention as it offers a different adventure that focuses on characters who have achieved great success on the screens and players never tire of starting any new adventure with them again.

It doesn’t take long for Marvel’s Avengers to involve the player in the events directly, while the world was celebrating the heroes who don’t hesitate to defend the Earth and its inhabitants, the team was exposed to a conspiracy that caused a catastrophic explosion and the control of an authoritarian system, the banning of some heroes, and the disappearance of others. And then the events of the game take place from a completely unfamiliar point when Kamala Khan begins to search for the truth of what happened and come up with absolutely unexpected results that make her dive into a fateful journey full of mystery and excitement.

Whether you like it or not you will find yourself comparing the characters in the game and the movie series, whether the design of the models, the vocal performance or the reactions and the way they act in each situation, which makes specific elements that any player feels original and distinctive compared to any other feature offered by the game such as Kamala Khan’s character that was presented in a simple and smooth way that makes the player respond to it automatically and the story is different from anything that happened in the Marvel Universe, in addition to the main villain MODOK who’s very different from previous Marvel villains but possess a different presence and performance that makes him feel unique and you never experienced a person like him before.

This does not mean that the rest of the characters were presented in a bad way or did not live up to the expectations of the players, no doubt there will be no escape from the constant comparisons, and many will feel that some of the characters are a cheap imitation of the movies versions, but I always enjoyed the performance of Tony Stark and his comedic comments, and Bruce’s attempts to control his anger and hide his constant embarrassment, on the other hand, Thor couldn’t get my attention even if he was able to pick up his hammer from long distances, and Captain America, who is trying so hard to be the captain but will always feel that his control of the team is fragile and closer to an honorary role.

Marvel’s Avengers shine undoubtedly when it comes to explosions and visual effects that make it closer to Hollywood movies, I enjoyed the first hours of the gameplay in single-player mode that focuses more on showing off the heroes and their various abilities rather than on numbers and statistics that are more important in multiplayer mode, whether you are smashing walls with Hulk or dodging missiles in the sky with Iron Man.

I won’t deny enjoying the events of the game and the various surprises witnessed in the story, although it is relatively short, but from the beginning, everyone knows that this game focus on the multiplayer mode and the constantly renewed content, going through those online missions with your friends or random players provides you with a satisfying feeling like you are a superhero, especially while especially when you use creative ways to eliminate your opponents, and when you upgrade your abilities and collect special rewards that help you change the appearance of your favorite character. But as expected, it becomes boring and exhausting over time, a few hours in the competitive levels is enough to learn that the game focuses heavily on the various resources and items collected by continuing to play for long hours.

The player gets new gear continuously for each mission he starts, those pieces designed to enhance the abilities of each hero and provide the advantage in each combat, and the study of each piece and its impact is very difficult sometimes, and fortunately, the player can know the possibilities of each piece in a simple and smooth way, and develop his capabilities automatically with the click of a button and move to the best gear directly without having to occupy himself with countless details. This makes the loot system suffer from various loopholes already present in many titles, and does not reward every player as expected for the time they have decided to invest in playing the same limited tasks without any changes worth the procrastination.

Apart from developing the skills and abilities of each character and acquiring a range of collectibles and exciting costumes, Marvel’s Avengers is clearly suffering from endgame content, we are talking about a title whose main focus is co-op competitions, and yet the game offers a limited number of tasks that aren’t enough at the moment, and although shopping systems focus on appearance items, the prices of these add-ons are exaggerated, and I would not be surprised if someone decided to buy them directly using real money instead of spending several hours on repetitive tasks to get the same item for free.

The game suffers from minor technical problems that do not ruin the whole experience in general, but affect the player’s enjoyment of events such as falling frame rate, lip-syncing, disconnection of servers sometimes, not to mention long periods of waiting to find other players on the network, at the same time the game can overcome these mistakes in the coming period with a long-term support plan that includes continuous improvements and updates, new characters and new missions for both single and co-op modes.

Marvel’s Avengers offers a short unique story that was different from anything Marvel fans have ever seen with a typical vocal performance of some characters and frustrating for others, a fun combat system, and a huge skill tree that pushes the player to invest his time in various tasks to develop his abilities, yet the game suffered from obvious problems with the level designs, the crudely repetitive tasks in the multiplayer and the limited content after the end of the story, not to mention the frustrating economic system that forces the player to spend many hours to obtain marginal elements and improvements that doesn’t worth it.