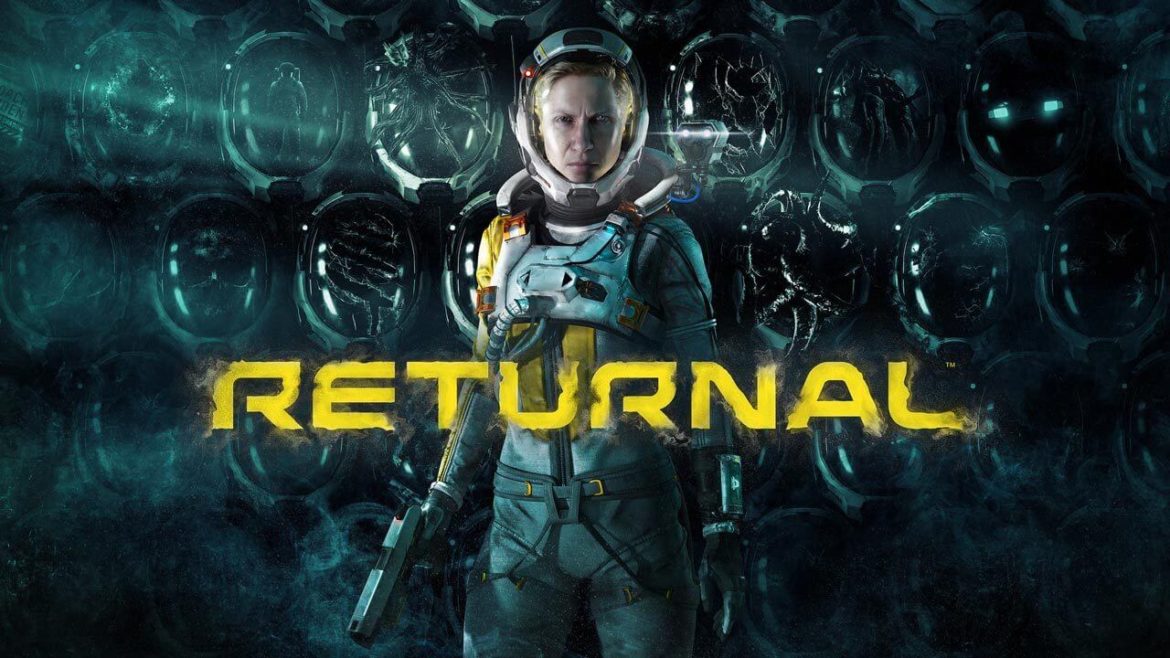 Housemarque Studios, used to producing games for the PlayStation Network, is increasing its ambitions for the ninth generation of consoles. Returnal is a 3D shooter with a Roguelite twist draped in a sci-fi thriller. Does this first PlayStation 5 exclusive in 2021 live up to the expectations placed on it?

THE CHRONICLES OF ATROPOS

The story begins with the crash of a spaceship on the exoplanet Atropos with the astronaut Selene on board. The heroine, whose name is a direct reference to the Greek goddess of the moon, discovers a mysterious world and explores it in the hope of surviving an openly hostile environment that will repeatedly defeat her. Returnal is defined as a science fiction thriller, and tells the story of the multiple adventures of a protagonist who is captive in spite of herself in a time loop. For some enigmatic reason, each death results in a resurrection and thus a return to the scene of the crash. To understand this strange phenomenon and to get out of this cosmic trap, such are the objectives of this lonely character on an unknown star.

Returnal relies on this concept of a time loop to build a narrative made of cycles and therefore non-linear. The multiple deaths of the heroine are opportunities to learn more about the planet Atrapos as well as about Selene herself via various audio documents scattered throughout the environments, but not only. The scriptwriters play with a particular narrative process by which one or more authors suggest what is to come in their story. The foreshadowing thus allows us to flesh out the setting, and to titillate our natural curiosity. The desire to know more and to understand is a powerful engine on Atropos.

However, as intriguing as the story is, it suffers from a constant dilution born from a video game genre that pushes to die again and again. It is not uncommon, not to say frequent, to not progress one iota narratively speaking. The result is a sparse narrative that struggles to structure itself. The playful dimension ultimately takes priority over the story, not for lack of interest, but simply for lack of density. Housemarque tries to surprise by integrating first-person sequences to the adventure, which reminds us of the sweet memory of a demo, that of P.T from the late Silent Hills. These moments out of time, whose finality we won’t mention, try to destabilize us by an unusually calm atmosphere, and snippets of revelations that eventually complete a complex temporal puzzle.

The first thing that jumps to the eyes once Selene “delicately posed” on the surface of the planet Atropos… is the dark and extensive universe imagined by Housemarque studios. The inspirations are numerous, mastered, and give a touch rarely seen that should be appreciated at its true value. We are in the presence of a work of science fiction which by nature tends to pay homage to the great currents of the S-F, from the “Dark Science-Fiction” to the “Dark Cosmic Horror”, without forgetting certain authors and major artists, from Lovecraft and his myth of Cthulhu to Hans Ruedi Giger and his creation become legendary… the xenomorph (Alien).

When it comes to references, we could mention War of the Worlds, Hellboy, Mimic, Stargate, Dune, The Hallucinated Mountains, etc., because Returnal does not only take into account science fiction, but also popular culture in a broad sense. The universe remains no less tangible. All the elements mentioned and more fit together perfectly, and together they build a complex world that encourages exploration for the simple pleasure of discovery, and that justifies the heroine’s numerous deaths by its very existence. Wandering around the planet Atropos could be an end in itself, as the satisfaction of wandering around is an integral part of the experience.

As intriguing as the universe portrayed by the artists is, and as appealing as the bio-luminescent visual effects that illuminate the different biomes that make up Atropos, Returnal cannot claim to be a technological showcase for the PlayStation 5. However, the shooter from Housemarque Studios has nothing to be ashamed of when compared to other productions available on Sony’s console. Technically speaking, it doesn’t stand out in any way, but provides the essentials within partially destructible environments. A 4K resolution with Ray Tracing activated, all at 60 frames per second, guarantees optimal gameplay comfort in the face of the challenge that Returnal represents.

Returnal is, by definition, a third-person shooter (or TPS) which uses certain codes from another video game genre… the Roguelite. This decision, which is heavy in meaning, implies a principle of cycles, a procedural generation – here understood as random – of the environments and therefore of the elements found in them, and dozens, even hundreds, of deaths in cascade. These failures are then synonymous with a return to square one, in this case, Selene’s ship. For the uninitiated, this means that you lose most of your equipment between two attempts, except for a few permanent items, which explains the type of game mentioned above.

However, Returnal is not a Roguelite in the original sense of the word. Indeed, this TPS takes some liberties with the rules that control this extremely codified genre. It is not necessary to go through all the levels again at each cycle and even less to beat all the bosses. Housemarque integrates several shortcuts in order to quickly reach certain biomes, the first one serving as a central hub, as well as increased experience gains at the entrance of said environments in order to adjust Selene’s level to that of the enemies present. Yet, even with all these elements, a run in Returnal easily exceeds one hour of play.

Exploration is at the heart of an experience that encourages survivors to be curious, and at the same time invites them to be cautious, which may seem paradoxical at first. The planet Atropos is a puzzle that alters its structure, and therefore the layout of its zones, between two deaths without disorienting us too much. Survival is essentially a matter of discovery. Selene hunts for various items, weapons, and improvements for her suit, to facilitate her progression. This takes the form of modules, parasites, and relics, having according to the cycles’ various properties (bonus and/or malus). The recovered weaponry is linked to the accumulated experience (named “Mastery Level”), during a run. The latter determines the effectiveness of the arsenal at your disposal, and therefore the astronaut’s chances of survival.

DEATH IS ONLY THE BEGINNING

This rise in power acquired with some difficulty is never too much to overcome an environment designed to eliminate you. The varied and inspired bestiary gives a lot of trouble to a heroine who knows how to respond with weapons to these provocations. The battles are both nervous and tactical, requiring hard learning of the forces involved, their behavior, and their attacks. At Atropos, the confrontations take on the air of explosive ballets. The feeling of weapons in hand, deliberately energetic, highlights the urgency of the moment. This last one is even accentuated by the haptic feedback of the PS5 controller and the adrenaline system that rewards successive eliminations (a kind of killstreak) with various bonuses, as long as you don’t get hit.

What about the boss fights? These singular sequences are the icing on a cake called “Difficulty”. These epic battles and their different intensification phases are real sound and light shows where blinking can quickly turn into a swan song. Death is often the only alternative before victory and the exhilarating feeling of accomplishment in its purest form. Let’s not beat around the bush any longer. Returnal is an engaging experience from which no one emerges unharmed. The challenge that this game represents is equal to the promises made by Housemarque Studios, which could discourage the less persevering players.

Death follows the heroine like her shadow, but far from being a source of frustration, Selene’s multiple failures are sources of motivation that push her to persist. However, the procedural generation, which for the most part manages to maintain a certain balance between generosity and difficulty, sometimes lacks discernment. Sometimes the “God of Random”, in this case, the planet Atropos, has nothing more to offer than a quick death. Accepting this tragic fate is the only option. Then, the end credits do not sound like the end of the adventure for the heroine. On the planet Atropos, nothing is ever really finished. To complete this overview of Returnal, it is worth mentioning the various social features added by Housemarque as well as the “Daily Challenge” mode, even if this shooter remains a single-player adventure.

Returnal is an undeniable success, not without its flaws, but one that skillfully manages to merge Shooter and Roguelite. This mystery-filled thriller pays a vibrant tribute to science fiction, despite a diluted narrative that is the willing victim of its starting premise… the multiple deaths of the heroine. However, this adventure which takes place on Atropos planet, enhanced by a careful art direction inspired by the different currents of SF, is a real opportunity for discovery. The combat system itself ensures a memorable experience made of constant challenges of which the bosses are the highlight. The difficulty involved in the genre is rarely a source of frustration, and the exhilarating feeling of accomplishment is very present. Unfortunately, the procedural generation sometimes struggles to find a certain balance, which penalizes the players for the duration of a time loop.