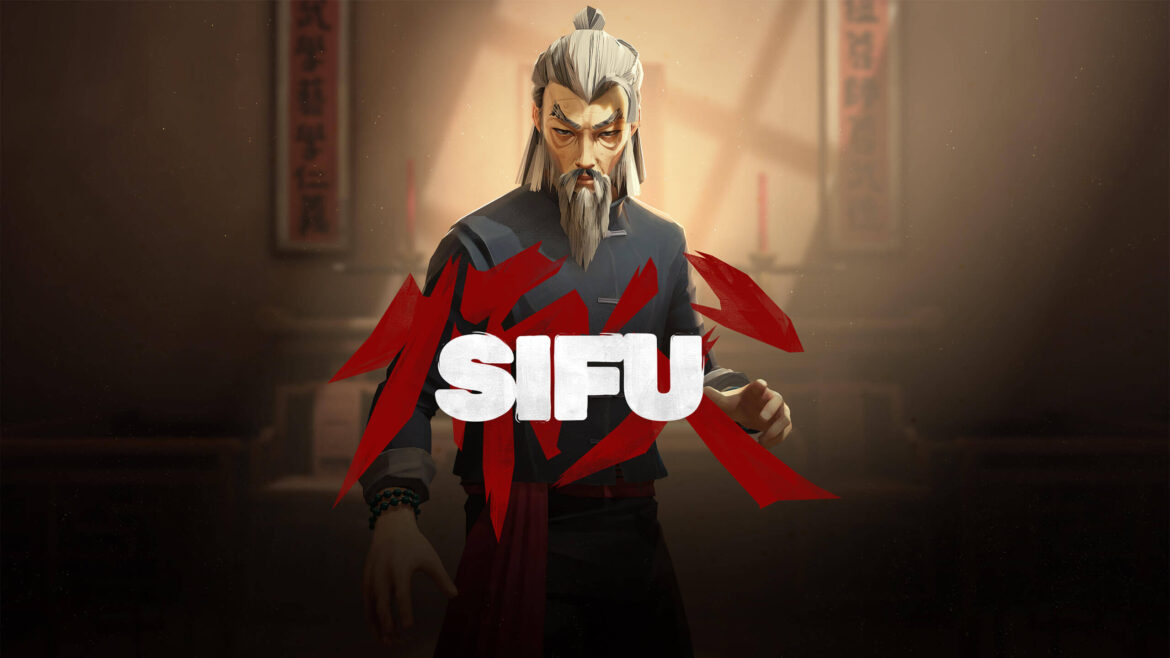 Sloclap takes the warrior’s path again after a first trip to the land of the critic acclaimed action game Absolver. The French studios put on their gloves again and step into the ring for a second round with SIFU, a Beat-em game with a high difficulty level designed to be the ultimate video game tribute to martial arts movies. Has the student definitely surpassed the master?

SIFU narrates the vengeful quest of a kung fu master who, after having witnessed the assassination of his mentor when he was younger, decides to eliminate those responsible for this terrible act. Revenge is a classic martial arts film that made the glory of Hong Kong cinema during the 70s and 80s. The title developed by Sloclap embodies the core of this ancient narrative archetype in an epic and violent martial journey.

The writers’ pen draws on an established genre, the “Revenge Movie”, with its succession of colorful lieutenants to face and its iconic sequences inspired by the greatest fighting movies. We especially think of Park Chan-wook’s Old Boy, John Wick, and The Raid sagas or the inevitable Ip Man with Donnie Yen in the role of the kung fu master brought to become Bruce Lee’s master. However, SIFU cannot be summed up as a simple combination of quotes, no matter how iconic they are.

This Beat-em game revives the fighting scenes from the movies in its own way and with a certain mastery, and applies them with a personal touch that makes this story so interesting. The staging is minimalist, just like the story, but with great efficiency. The characters, and not the cinematics, are the pillars of a rushed scenario. However, the interest in this martial adventure lies elsewhere. It lies in the combat phases and the rise in power of a student blinded by his desire for revenge.

SIFU is a sincere and unconditional tribute to the 7th Art, mainly martial arts. From this point of view, the artists adopt an amazing visual style that gives the environments a particular touch. Sloclap’s game stands out for its painting-like art direction, inspired by Chinese culture, and even its mythology in the general context. Technically speaking, the experience is solid with a 4K display at 60 frames per second on PC and PlayStation 5 (1080p on PS4).

Grounded in many ways, SIFU slowly but surely slides into fantasy as the assassins are sent to the grave. Beyond the supernatural and highly lethal abilities of the bosses, which, let’s be honest, keep the show going, the young kung-fu master is full of surprises. Indeed, he has in his possession a magic medallion allowing him to come back to life in exchange for pre-mature aging determined by a counter of successive deaths. These resurrections are however limited and lead to permanent death and a Game Over, after another death at the fateful age of 70 or more.

The experience imagined by Sloclap is largely based on this singular progression mechanism. Finishing one of the five levels with bosses to defeat, all inspired by a key element or material (fire, wood, metal, etc), is not an end in itself. On the contrary, staying young is essential to hopefully complete the game. Players are therefore invited to explore The Squat, The Club, The Museum, and more, in order to improve their performance. The studios have even thought of integrating shortcuts into the levels, so that new attempts can be shortened… as long as they are unlocked first.

Going back to a previous level has direct consequences, and can be a risky bet. The hero then loses the bonuses and other skills unlocked in the higher levels. Fortunately, the hero keeps some of his progress, despite his multiple early deaths and other failures. The investigation table and the clues that summarize the progress of the story as well as some so-called permanent skills follow him no matter what decisions he makes. Sloclap’s game also keeps track of your best score, in this case, the protagonist’s age, at the end of each level. Even before getting into the noble art of fighting, SIFU seduces with the simple concept of a medallion and the playful structure that comes with it.

SIFU focuses on a creative and challenging martial arts experience that encourages learning the hard way with the ultimate reward of surviving new situations throughout the levels. The combat system is, unsurprisingly, technical, and requires persistence and total concentration to master all aspects. Based on a particular style, in this case Kung Fu, SIFU’s combat system revolves around a clever mix of parries, dodges, combos, and counter-attacks that are as sharp as they are powerful.

The first objective is generally to fill up the structure gauge of a fighter, meaning here his capacity to protect himself and to take damage, and then to unleash a final attack that will destroy him while gaining a little health in the process. This rule also applies to the hero. It is thus preferable to parry and/or dodge with precise timing in order to keep his “structure” intact and thus avoid the danger of dying. In SIFU, death often comes without warning and it can take many forms… including the Last Man Standing. In the face of overwhelming challenges, the brave man becomes a devious mini-boss, which spices up the confrontations by adding a touch of randomness to them.

The art of surviving against ever more numerous and aggressive opponents also relies on precise management of space, the Focus which allows you to trigger special attacks as well as judicious use of the weapons at your disposal. Between glass bottles, swords, baseball bats, etc., there are plenty of ways to defend yourself, even if we would have appreciated more interaction with the environment. Indeed, contextual actions are missing. Their presence would have added a little more charm to the encounters with the constantly increasing enemy variety and skills.

To make life easier, the hero can spend experience points and thus unlock new techniques, but also passive bonuses that improve, among other things, the health, structure, or durability of the weapons which, indeed, are destructible. These RPG mechanics, which give players the feeling of controlling their destiny, are perfectly integrated into the progression system linked to the aging of the character. The result is breathtaking battles where the slightest mistake is paid for heavily. The only drawback is that the camera is sometimes not optimally positioned in narrow spaces. In short, SIFU is an exciting and challenging experience for the most dedicated Kung Fu martial artists.

SIFU is a vibrant and powerful tribute to martial arts. Sloclap has undoubtedly mastered its subject and the genre in which the title is set. In only two games, the French studios show their knowledge in the field, and become recognized creators of fighting video games. This Beat-em hits hard and with conviction, and maintains the noble art of fist-fighting in a demanding and inspired quest for revenge. Sloclap’s title, with its high difficulty, is intended for persistent, even relentless players, and could discourage many, but learning martial arts requires self-sacrifice and self-control… just like SIFU.