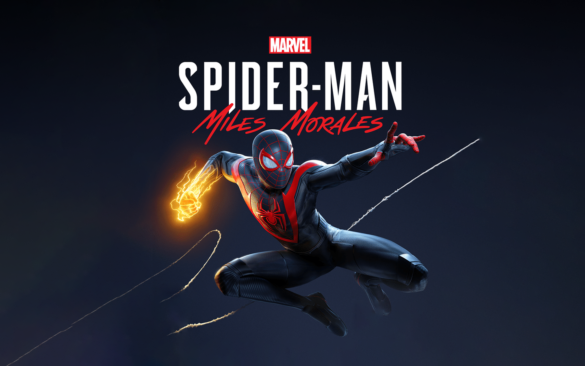 Spider-Man is one of the iconic characters in the world of superheroes from Marvel and got so many video games through the years, from various publishing and development companies but none of them was as good as the PlayStation 4 exclusive game that was developed by Insomniac in 2018 and now two years after the release of that game we get its completion, or it can be considered as a new story because here we are playing with a different Spider-man, even if it is part of the story of the first game.

This time Miles Morales is the main hero, which is the character we identified in the previous part with the death of his father, the brave police officer who helped Peter in one of the story missions in the previous part. This young man also got bitten by a spider and managed to get Spider-man’s superpowers and met the original Spider-man “Peter Parker” who will help him to be another hero of the city who helps the people and protects it from those who intend to destroy it. The story of the game takes place after Peter Parker chooses to take a vacation away from Manhattan, leaving the task of protecting the city to Miles, and now has to face a war between Roxxon Energy and the Underground gang.

One of the main reasons that make Spider-Man: Miles Morales special is the great cast who gives a great vocal performance. The most notable of them of course is Nadji Jeter, who plays Miles Morales brilliantly, giving him the character of a naive superhero who does not have much experience but has great self-confidence. The convincing way he performs the role of miles makes him instantly loved, and makes playing in his story even more enjoyable. It’s a great achievement to succeeds in making people feel connected to an 18-year-old kid who can shoot webs out of his hands, and Jeter has no problems welcoming you into his world. It renews the character, allows you to share his happy moments, and at the same time sympathize with him because he is always trying to do good, looking for the same thing in others.

The gameplay system is so much similar to the previous game in the fighting style and swinging around the city, but there are some improvements like Miles Venom abilities such as the blow that uses electric energy to make a greater impact on enemies, especially the big ones, or the ones that keep blocking your hits during the fight, and also when you’re surrounded by a large number of enemies you will benefit from these special blow hits that Miles can use, and he also can perform a dash-and-grab move that blasts enemies with a massive electric Bolt, which plays an important role in the game and progress in it.

This Venom’s ability works on a meter that fills as you play when throwing punches and kicks and performing perfect dodges from enemy fire. Venom attacks add a great extra flavor to the combat system, they not only look great visually but can also be used in a combo series with other attacks to form a perfect attacking sequence that eliminates the enemy with a single blow. Huge enemies for example have a natural ability to resist your blows but imagine hitting them with an electric Bolt, swinging them and kicking them in the air, then throwing them to the ground for a final knockout, it’s a great scene. And you will get extra points if the electricity continues to damage them because they will transfer them to others to make the chain of attack going on.

Just like Peter, Miles also has a suit that can be equipped with modifications and gadgets to help you in the fight, different mask and suit upgrades fit into Venom’s new ability, which can boost your attacks or help you fill them faster. But there is not much variety with gear. In addition to swinging faster with ropes, miles can also throw a hologram machine that creates a 3D guard to fight on your side and can also be a valuable distraction. On the other hand, you also have an attraction that pulls nearby enemies through a small black hole, and a remote mine that can be operated to burn enemies.

The map is full of missions that you can accomplish, and of course, the random crimes that suddenly appear as you swing between Manhattan skyscrapers. It’s not much different from the original game, but it’s more appropriate for the world of Miles Morales. You have Roxxcon caches that help you earn rewards and train your moves. Combat, stealth, and roaming challenges are also here, although Peter Parker himself has now created them to teach Miles how to become an expert “web launcher”. Completing these challenges now opens up a special ability in each of these categories, for example when you master the roaming challenge Peter will teach you about enhancing swing from a starting point, a trick he learned himself during the original game, so it’s great to see the knowledge transmitted in this natural and smooth way.

And if these activities are not enough for you, you also have the Friendly Neighborhood Spider-Man app, developed by Ganke, It allows Manhattan residents to send requests for help, such as stopping an out-of-control helicopter, or rescuing a cat, and completing these missions during the campaign will unlock special costumes that suit the times we currently live in, and it’s a convenient indication to display in a game like this, but I’d rather you figure out what I mean for yourself.

We played Spider-Man: Miles Morales exclusive on the PlayStation 5, and here’s what we noticed on the platform:

Loading times: it’s very fast, since the moment you run the game from the home screen to the gameplay directly, the game takes 30 seconds to start (thanks to a set of splash screens), and on reboot, as the game abandons the splash screens, it takes only 7 seconds to load. It takes about, Well, let’s say, a blink of an eye to run the game from the moment you choose the save file to the start of the game thanks to the SSD drive of the PS5. The whole experience look very smooth, cause the game has never had any downtime due to a loading screen or something, even the fast travel between map points was very fast, it took less than one second to navigate through the map. It’s so fast that the PS5 version of the game doesn’t even have any of the funny subway scenes as loading screens that we saw in the first part.

DualSense support: the PS5 controller is a big change itself, and while Spider-Man: Miles Morales doesn’t exploit all the features in it, it at least reveals how it can be integrated with story scenes to add depth to the scene. For example, the crackle of electricity emitted by Miles’ hands at some point in the story is perfectly simulated with a series of vibrations in the controller that give a feeling of power, and even the swinging looks different with the adaptive trigger buttons, where you have to put some kind of pressure on them which are now durable but with a clear feel for the powerful springs.

Game Modes: And let’s not forget of course the mode choice that you have, which I guess everyone expected it. There is the “Performance Mode” that focuses on the FPS, and here you can play the game with 60 frames and a dynamic resolution not up to 4K but the game rotates very smoothly with its movement although it lacks all the effects of modern graphics such as Ray tracing and others and that makes it looks closer to being a PS4 game but very smoother. The other option is the “Fidelity mode”, and here we play the game at 30 FPS but with all the effects of modern graphics from 4K resolution and Ray tracing and HDR, the graphics in this mode looks very impressive especially with reflections and lighting, also watching the city of Manhattan from high places looks very amazing,  and when you bring the camera closer to the character you see a lot of details and wonderful reflections, and to be honest, I can’t wait to play more games built from scratch for the PlayStation 5 to enjoy those views. It is the first time I test a game for the new generation console and it looks very amazing, although the previous release games usually do not provided with large use of hardware capabilities but here things look very wonderful and very exciting.

Spider-Man: Miles Morales does not offer a new innovation, but it does not need to, it is up to the actual second part that seems to offer us 2 Spider-men together. However, it actually introduces a substantial new character in the Spider-Man universe, a character that is exciting to play with and that earns its place well alongside Peter Parker. It’s more similar to the original Spider-Man game we loved from 2018, but with more refinement and improvement in important areas. In conclusion, it’s another perfect Spider-man game.