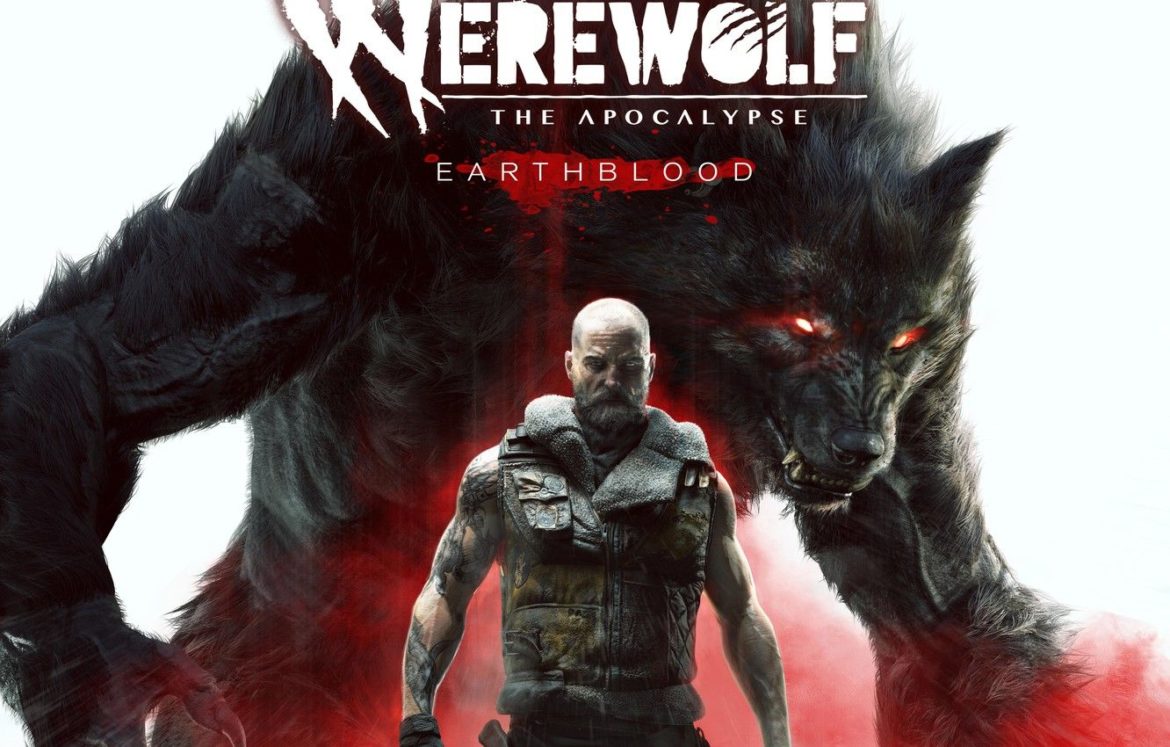 In early 1992, the American designer and game developer “Mark Rein-Hagen” launched his new project Werewolf: The Apocalypse, an RPG game that comes within a project known as World Of Darkness, which included many card games and even various novels, these works were able to achieve great popularity and spread over the past years.

Later on, Cyanide studio in collaboration with Nacon decided to transform this special world and the idea of werewolves that were the pillar of these works, through their new project Werewolf: The Apocalypse – Earthblood which was first revealed in 2017, while it has been in development for more than 6 years, and may have needed years more to appear better than it looks now, the game was supposed to be available mainly on the last-generation platforms and could have been a savior of what it is now, and this will certainly be made clear in our review.

the game’s events take place in a world similar to ours, whose has become polluting itself, which focuses on the character of our main hero, “Cahal”, who is a werewolf who was banished from his group after he killed one of them in a fit of anger that befell him during his fight with one of the other werewolves, and which also caused the death of his wife. That made “Cahal” carry with him the wind of revenge against the Pentex company, that was the main reason for that disaster in the first place and also caused other disasters for mankind and pollution that it’s spreading across the world, but during that fierce war, Cahal will have to return to his group and control his rage in order to fight and end the control of Pentex and the environmental problems it caused to the whole world.

We have been always starting with the story and its presentation in our reviews being the most important element in video games, and it is the element that players resort to in order to escape from their reality and escape to parallel and fantasy worlds that make us live like the mythical beings and personalities that we have always seen on television screens and the movie theatres.

This is what Werewolf: The Apocalypse – Earthblood managed to fully employ. The story is good and made us dive into the atmosphere of werewolves that we have always dreamed of having one of them, now you can control one of those supernatural creatures during a full moon in order to pour out your hidden anger towards enemies who have been well presented and which they look like what we have been seeing on the movies.

But the inconvenient here is that the story presentation wasn’t better than we had hoped, whether through some boring conversations with the other characters that were basically useless, in addition to the vocal performance that was very bad and did not suit at all whether on the previous generation console or even the new one, but if you are hoping for an adventure experience similar to the titles that were based on the werewolves, the game offers this without a doubt if you can overlook the rest of the game’s elements and flaws, which we will start listing next.

Werewolf: The Apocalypse – Earthblood is not an open-world game, but it is completely linear, that is, it takes the player from place to place and from mission to mission, and this game relies on two basic elements, stealth, which you can implement as a human being, where you can access electronic devices in order to disable the protection systems, and infiltrate behind the enemies to paralyze their movements and eliminate them as well, but with the limited tools and elements that the game’s stealth component relies on, it has not made it appear as desired or even as close in similar games.

The second element of the game is the transformation to a werewolf and is the main element of the game, it offers you two types of transformations, the first is just a regular wolf that can go through smaller places that you will not be able to access as a human in order to open some paths, or luring enemies towards you by howling and assassinate them quickly.

While the second transformation is the main phase, which will make you a wild werewolf that can stand on its feet and begins to move quickly and kill its enemies to the right and left, and here the game provides a skill tree that can help you develop these transformation skills and fight against different enemies whether they are werewolves like you or humans with armor and equipment that can kill werewolves. Despite the size of this skill tree, it did not change the gameplay as required and soon you will get into a state of boredom and monotony as you progress with the game events.

And between this and that, there is another phase of transformation, which is when “Cahal” completely lose control of himself and begins to rage and release latent anger towards those around him, even if they were closest to him, which is one of the few things that I liked about this game.

The game’s missions are divided into two parts, the first is the main tasks related to the story, which, as mentioned, will move from one mission to another and region to another in order to fight the creep of Pentex company that is causing more and more pollution of the world, or even to protect his former group from the domination of the police, and those missions are fixed even in its own style of play, at the beginning of each mission you will have to sneak around and get to know the surrounding area, and then turn into a wolf to disable the security systems and cameras in the place, and start assassinating enemies, and finally, turn into a complete werewolf and pour your anger towards the others.

As for the second part, which are the side quests that can be obtained as you progress through the game, which allows you to access the Penumbra area between the world of humans, werewolves, and the world of spirits, and there you get challenges and tasks that require you to perform in order to get rewards that will help you develop your character or even navigate smoothly in the main game world.

But the levels design itself is worn out and it can be said that it is completely outdated, as it doesn’t allow the player to be creative or even enjoy the game experience, although it took us more than 12 hours of play to finish the game, but the feeling of fun during it was lost in the first hours of play.

The game offers a variety of battles, and the confrontations against the big enemies and leaders in the werewolf mode provides great fun during the fighting with this mode that we always watched on the cinema screens and we wished to be part of this world, but during the rest of the battles with the regular enemies, whether as a human and infiltrations or even in the werewolf mode you will quickly get bored of those short-term battles, especially as you need to complete them to progress in the game and unlock more skills.

With the introduction of a powerful generation of consoles and even powerful technologies in the video game industry, the graphics element has become an integral part of the game’s quality after it could have been overlooked in the past years in the case the rest of the gameplay elements are good enough. But here in Werewolf: The Apocalypse – Earthblood it can not be overlooked at all, because the game is probably aimed at current and previous generation consoles basically, but from the beginning of your experience you will discover that its graphics are not suitable even for the generation before PS4 and Xbox One, the game graphics are coming from the generation of PS3 and Xbox 360 and can’t be overlooked for how bad the game is, from the main and side characters design through the diverse play environments that have never met the time period we are now living in. Even the vocal performance and its effect on the features of the characters you meet were completely primitive and you feel like you’re in front of a robot whose reactions are naively and boring and also make you want to end the conversation quickly.

But unlike the graphics of previous generations and the completely unpretentious sound effects, the game soundtrack was good and was able to fit the events of the game, especially during your decisive confrontations against the leaders and major enemies of the game.

After many years of the domination of vampires and other supernatural creatures of the video game industry, the opportunity has finally come to try out one of the legendary beings we’ve always wanted to try, but even with the coming of Werewolf: The Apocalypse – Earthblood and the idea that the Cyanide team could have exploited in the best possible way especially how popular is the werewolves world, but the studio wasted that golden opportunity with great naivety, especially in terms of the gameplay that would get you bored after a few hours of play, or even in terms of the game’s primitive graphics that aren’t suitable for the current generation or even the past generation consoles. But the studio was only able to deliver a good story and enthusiastic music that was not the patron saint of the rest of the naive mistakes that the studio made in the process of developing this title, which could have been much better if they gave it more time and focus.