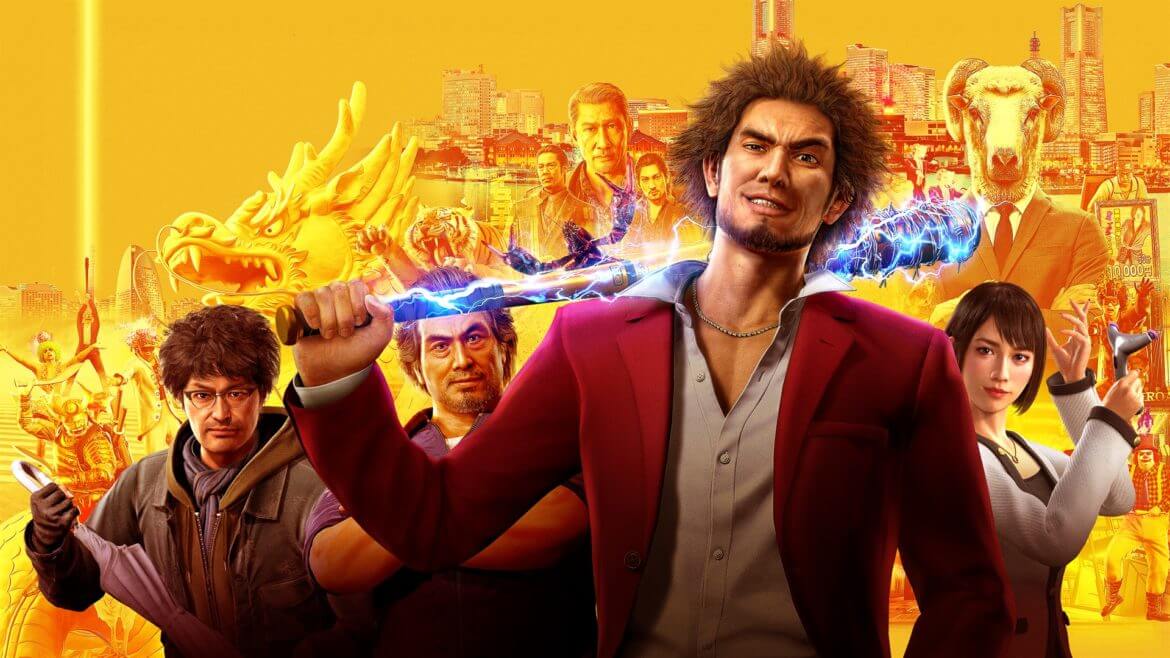 The Yakuza series is experiencing a paradigm shift in its latest parts. Part 7 in Japan, but the western version decided to get rid of Figure 7 to promote the idea of being a new entry for anyone who wants to experience the game for the first time, and also added English audio for the first time in the series after part 1. Why did they decide to market this particular part as a new entry? Because it is the first part after Kazuma Kiryu’s story ends and the new hero Kasuga Ichiban gets his place, and because it is the first part that disposes of the famous combat system of the series and replaces it with an RPG system closer than what you would expect from Japanese role-playing games… such as Dragon Quest.

What this means is ” Like A Dragon ” is facing a lot of challenges. A challenge starting a new story after the end of Kazuma Kiryu’s journey, and a challenge of introducing a new hero that fills the void left by one of the most iconic game heroes, and also the challenge of introducing a new combat system, a new territory, and selling the series to new players who have been kept away by the many parts in the past. How well has the game managed to meet succeed in these challenges?

We start with the story and characters. ” Like A Dragon ” tells The Story of Kazuma Ichiban, a Yakuza from one of the small families of the Tojo Clan. Ichiban is serving 18 years in prison to protect one of the big family names, but he is surprised when he comes out that the world has changed so much in these years, that things have become more complicated and that he is no longer welcomed into the family. The chain of events initiates Ichiban’s new life, where he has to climb the social ladder from scratch with his friends, but things get more complicated again when he finds himself involved in a giant conspiracy whose dimensions are difficult to understand, and a war between the major Yakuza organizations in Yokohama.

” Like A Dragon ” story is one of the best stories of the series, at least in the beginning. Strong drama, funny comedy, attractive characters, and big moments that have their weight. The first half of the game was more distracting than you would expect from a Yakuza, as almost every chapter is separate from its previous one, focusing on Ichiban’s journey to discovering the new world he returns to and introducing him to his rules and individuals. This wasn’t bad in my experience, but the most enjoyable period of the game for me was the writing of the wonderful characters with which the Yakuza team is known. The second half is where the stories began to bond together and the dimensions of the plot appeared, it wasn’t strong as we saw in parts like 0 or even the last part ” Judgment “, but it had its enthusiastic and moving moments, and the game managed to finish excellently in its last chapter.

The star of the party undoubtedly was Kasuga Ichiban, who not only filled the void left by Kiryu Kazuma, but may even be my favorite hero of the series at all. Ichiban adopts the whole principles of Kazuma and embodies the same perfect warrior version of what it means to be a Yakuza, yet he is not maintaining these principles all the time, he makes mistakes, fails, and develop himself, his less serious personality added to the comedic side of the story, and his vast imagination and the love of RPG games served as the justification for the new gameplay systems. The rest of the characters who join Ichiban on his journey are also good but there is a clear interest poured into the first 3 that hasn’t extended to the rest of the cast, who do not even appear in most of the cutscenes and have a little impact on the story.

The combat system in ” Like A Dragon ” is simple and fun. Built on the idea of hitting the enemy weakness points to bring him down and then inflicting as much damage as possible to him while he’s fallen on the ground, which reminded us of the Shin Megami Tensei series. The similarity with the series in the gameplay systems does not end here, cause you find a system to develop your relationship with your team members, we strongly reminded of the famous system of social Links from Persona. There is also a job switching system that is not much different from the famous system from Final Fantasy V, but its late progress compared to the big effort it takes to upgrade a new job for your old jobs, made it a system that does not encourage testing at all, I tried to find the best job as quickly as possible so I could ignore the system the time waste as much as possible.

And speaking of time waste, the second half of ” Like a Dragon ” is full of moments that I saw as an attempt to prolong the life of the game, like a point where it requires you to collect 3 million yen to complete the story, and gives you a leader 15 levels higher than you in another. All moments that forced me to stop playing the story and do boring upgrades only shows repetition problems and the lack of possibilities in the combat system.

On a more positive side, the collection of mini-games and side stories is one of my favorites in the series up to this point. The usual weird comedy potion is there and mixed with dramatic moments that hit you at sometimes you don’t expect. Even the mini-games here give you decent story content in many of them, especially the movie game and the company management game, which is an upgraded version of the club management game in Yakuza 0, which was one of my favorite games.

Graphically, the series is in its best form yet, and The Dragon Engine can still impress me even now, though the cutscenes are clearly prettier than the gameplay parts, in a way that can sometimes be annoying. It also has a very good album that blends with the series’ well-known musical style with melodies that sometimes seem to come straight from Dragon Quest, Ichiban’s favorite game.

” Like a Dragon ” is an excellent addition to the Yakuza series and a good start to the journey of its new hero Ichiban. RPG systems don’t match narrative ambition a lot of times, and the lack of team experience in the field is evident in a lot of moments, but at its worst, it’s a good foundation with room for improvement, and I would very much like to play another part that builds on that foundation.