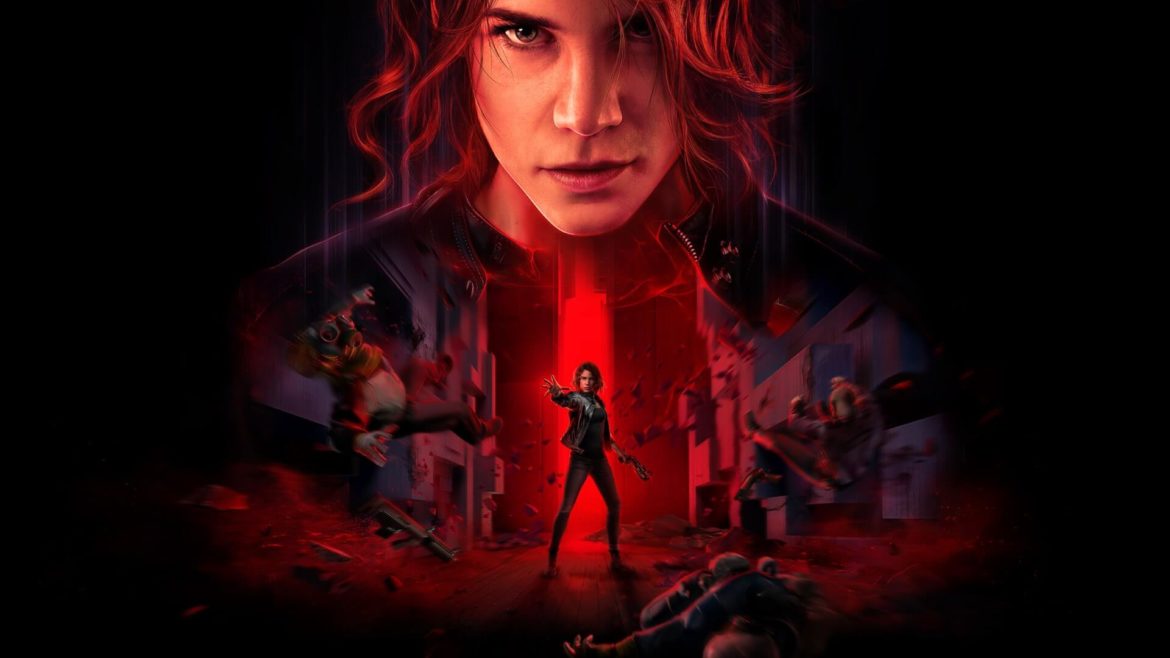 As far back as I can remember in my thirties, Remedy Entertainment has always had a major presence in the videogame industry. Many of their games are now iconic. Through the Max Payne and Alan Wake franchises and the cross-media attempt Quantum Break, the Finnish studio has constantly redefined itself. Control, the result of a collaboration with the publisher 505 Games, continues an interactive and narrative journey that began nearly a quarter of a century ago. But can this supernatural TPS claim an extraordinary destiny?

After its PS4 and Xbox One versions, Control, Remedy Entertainment’s latest release, is now available on PS5 and Xbox Series X|S. Available at a high price even to owners of the original game, it has caused a noisy wave of criticism at a time when Smart Delivery is being emulated. Far from this problem rooted in our harsh reality, Jesse Faden returns to the office with a few new features in her pocket.

Control finally arrives on the new consoles with two display modes, performance and graphics, which can be activated on the fly in the options. As usual, the performance mode allows you to play with a very smooth and pleasant fluidity with 60fps, while the graphics mode adds raytracing for a 30fps framerate. With DualSense in your hands, it is obviously very pleasant to roam the alleys of the Office with a nice fluency, especially since the title sometimes requires good reflexes as well as a certain precision in the aiming.

The raytracing activated in graphics mode, while pleasing to the eye, requires a heavy cost to operate, and that is dropping the 60fps. The advantage of this mode is well present but it seems difficult to perceive under normal game conditions. The reflections and some effects gain in precision, but no gain in resolution is noticed: Remedy announces 1440p for both modes (with 4K upscale).  This is why we would advise experiencing the adventure in “performance” mode.

No matter which rendering option is selected, the world map is finally displayed instantly. This is nice for an action game with a strong Metroidvania 3D component. Loading is shorter in case of death, and the DualSense features are used. Yes, the trigger meets resistance when you decide to pull the trigger to shoot an enemy. A nice little extra that doesn’t disrupt the experience, just like the support of the Activities (to see the progress of the mission, the estimated time to complete, to get help, etc.).

The improved graphics, unfortunately, doesn’t remove the “uncanny valley” effect during the various conversations, the mistake of facial animations that would have deserved more care. As a reminder, this edition includes the basic game as well as the “Foundation” and “AWE” DLCs, adding approximately 8 hours of gameplay to the main adventure. If you already own Control on your PlayStation 4 or Xbox One, unfortunately, there is no save-file transfer possible. You will have to start a new game from scratch.

Control starts in New York on the island of Manhattan. Jesse Faden, so far just a civilian, crosses the threshold of the Federal Bureau of Control (or FBC) in search of answers. Control’s heroine suspects this underground government agency of being responsible for the captivity of her brother Dylan, who disappeared 17 years ago. Locked up in the maze of The Oldest House, Jesse Faden takes over the leadership of the FBC in spite of her facing an extra-dimensional threat… The Hiss (The Whistle) on the bottom of the mysteries surrounding this unique place.

Remedy Entertainment doesn’t just tell the story of Jesse, but also the story of the Federal Bureau of Control and its employees. Control remains in many ways a linear adventure motivated by the Director’s successive discoveries. However, the encounters with the NPCs (Non-Playable Character), the few scattered cinematic scenes, and the rain of documents to pick up weave a complex and engaging story in the background. The scenario is also based on the player’s progress and his desire to learn more and more.

The curiosity then becomes the engine of a rambling narrative thought by and for the gameplay, but knowing at certain key moments to regain control in order to establish a truth and advance the main plot. The Finnish studio seems to admire collectibles and renews its desires with Control, They even have crossed the line in the past by hiding certain essential pieces of information for understanding a particular document (Quantum Break), but they avoided this mistake here. Remedy serves us a supernatural investigation requiring no less than fifteen hours to see the end of it and needless to say that finishing Control in a straight line goes against the nature of the title.

THE MYSTERIES OF AN ASTROLOGICAL VIOLENCE

If the first visuals reminded you of the studio’s previous production, Control quickly detaches itself from it and builds an identity of its own. Remedy Entertainment builds an Oldest House that exceeds the laws of physics and even of time. Dimensional modifications cut through and recompose an architecture made of simple geometric shapes and monochrome surfaces.

The brutality and apparent simplicity of the places coexist with the strangeness to give life to a vast and majestic maze of rooms and hallways with varied atmospheres. Workshops, machinery, stone quarry, open space, interior gardens… the change of surroundings is there, several hundred meters below the surface.

Control plays with our senses and our altered perception of reality in this complex reorganizing the pieces in front of our eyes according to our will. The Hiss is reshaping the Federal Control Bureau in real-time to better confuse us. It is easy to move around and get lost.

However, the visual indications, the variety of settings, and the map of the place facilitate Jesse Faden’s progression within this concrete and steel structure. But this reality is only the emerging part of the FBC. This place opens on many dimensions including the astral plane that Jesse visits many times. These extra-dimensional journeys spice up an adventure that is full of surprises in terms of the places visited and the situations encountered.

To regain control of the Oldest House, Jesse Faden purges the place one zone after another by pushing The Hiss away, which then allows her to travel quickly to the four corners of the map. From then on, discovery becomes effective… the heroin teleports itself from one point to another without any real obstacles. In the end, Control only has Metroidvania’s progression structured around obtaining certain powers (see below) and security keys unlocking doors that were once closed.

But here again, the adventure seems far too linear. Other natural barriers Jesse has to face… the mysteries of the Office. Several puzzles punctuate the story and force the heroine to dig her brain to move forward. Far from being impossible to solve, these “puzzles” add a valuable touch of reflection in this third-person shooter. During these carefully designed sequences, the sense of observation proves to be the most lethal weapon.

Remedy Entertainment has no equal for adding a little action to its formula and Control is no exception. Just after stepping on the Federal Bureau’s floor, Jesse finds the body of the former Director and takes possession of the Service Weapon… a living weapon. From a simple pistol to shotguns and loaded shots… the latter can take six different forms on-demand in order to adapt in real-time to the challenge offered by a humans bestiary possessed by The Hiss. These enemies do not shine by their intelligence, but fill that with numbers and unfailing hostility.

Jesse Faden unlocks several essential paranormal powers to survive and progress in the Oldest House. The latter dodges, lifts, protects herself with rubble piles and tears/uses the surroundings to make deadly projectiles. The enemy can be extremely useful. The “Seize” ability allows the Director to corrupt a possessed soldier to make him or her a suitable ally. The bewildering easy grip of paranormal skills and the Service Weapon provides an overwhelming sense of power and mastery. It’s truly exciting to merge into The Hiss under a shower of rubble and visual effects highlighting the violence and supernaturality of confrontation as destructible environments are shattered. The lack of self-regeneration still requires a certain amount of caution in combat, even though the Director’s natural ease of movement encourages her to go headlong into battle.

Remedy Entertainment also integrates several role-playing game mechanics. Jesse builds up her skills on a challenging journey without ever falling into the trap of a frustrating difficulty. Missions and eliminated enemies bring their share of improvements through skill tree points and mods to increase the effectiveness of the Service Weapon and the heroine’s powers. The ability to craft these mods concludes Control’s RPG lineup. Without innovating anything and just applying the classics of the genre… the studio creates an unbreakable link between the player and Jesse.

Control returns in a more technically advanced version that benefits from the multiple features of the PlayStation 5. Despite the precision of the reflections brought by the “graphics” mode, we especially appreciated a “performance” mode capable of bringing an epic adventure to life in 60fps. This makes exploring the Bureau and the many battles more enjoyable than ever. The included DLCs extend the journey that retains the same qualities and flaws as in 2019. If you are still a stranger to Jesse Faden’s story, it may be a good time to catch up.