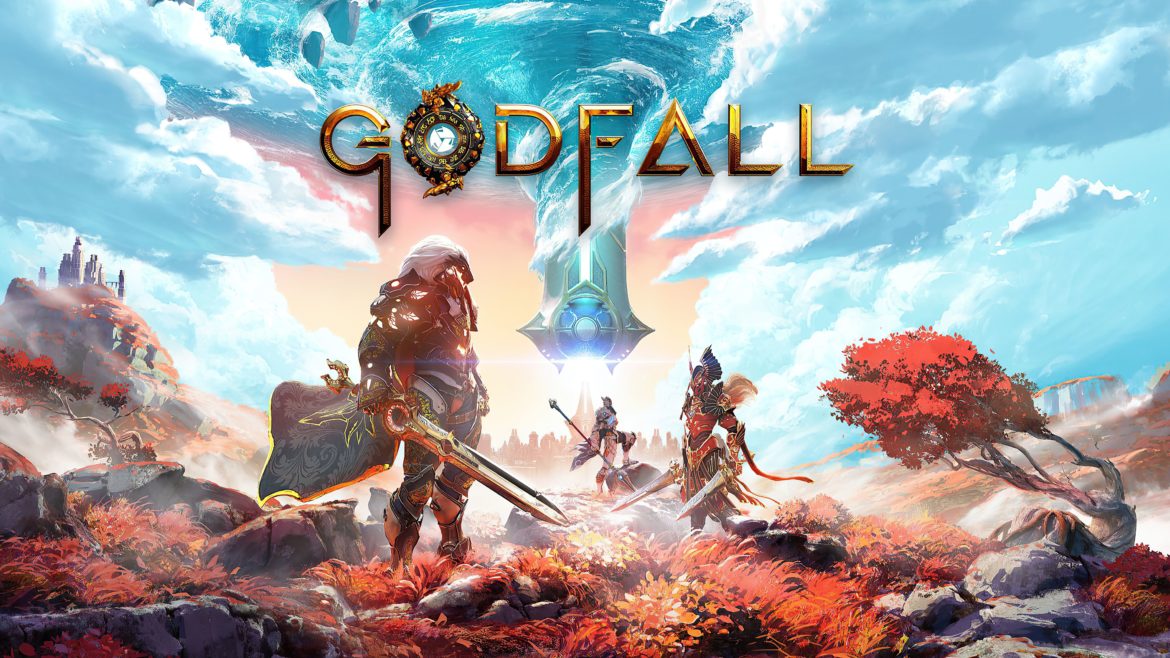 Godfall is the first game officially unveiled for the PlayStation 5 as one of the exclusives of third-party companies, specifically the publishing company Gearbox Publishing in cooperation with the development team Counterplay Games, now we have experienced the game and finished it and it’s time to review, did Godfall provide a special experience with its final version? Today we get to know the answer.

The story of the game revolves around the character “Oren” in the world of and fantasy, which is divided into the dimensions of the Earth and water and air, here you design your character that aims to save the world before its destruction, well the story of the game is very basic and is not from the points of strengths of this game and even the characters of the story and its hero will not be stuck with you in the memory at all, and you will quickly forget everything about it and focus on hours of playing this adventure more without being concerned with the events of the story.

Let’s talk about the graphics of the game, well here we can praise the game significantly, a lot of colors in the game’s Fascinating world as well as high details and we notice it strongly through the design of armor and the smallest details in it of the form of “fur” and other details, and also there are details that we notice during the fight when you hit swords or some of the impact of explosions on the environment and volatile fumes, this game show a big upgrade in technology for the new generation consoles in detail and her world and influences, it’s a large big technical review on a graphical level

The game also offers a very special music, during the fight we get enthusiastic music and there are strong sound effects when hitting swords and parrying, but during the exploration it calms down a lot to get comfortable and quiet music, in general the game Godfall will not disappoint you on the technical level,may be blamed for the great similarity between the worlds and its character from a world to another.The game offers two options for playing technically, the first option based on performance, which makes us go through the game at a speed of 60 frames, but with a dynamic 4K resolution, while the other option is the appearance that allows us to run the game with true 4K accuracy, but at a frame rate ranging between 30-50 frames.

Godfall is a third-person action game offering  5 different classes or classifications each one represented by a particular weapon has its own gameplay including the big sword and hammer that can be used with enemies with strong armor or when attacking a large group of enemies and certainly carry a shield to parry and block and you have to be careful between the time of the attack and defense in the game, the most important elements of the game are the armors, each one has its own ability and to get those armors you need to search for resources during the game, here it depends on your playing style and what suits you to fight in your journey.

There is a skill tree to upgrade the abilities for the character and through which you acquire additional skills such as dodging and hitting weakness points and raising the level of strength and other options, what interesting here that the game allows you to return the points of development of the character that you used if the development is not suitable for you, there are also appearance developments like the rings and necklaces and others, the game also uses the features of the Dual Sense controller in a funny way where you feel the difference of the force of the hits through the vibrations of the controller and also the shoulder button getting heavier as you repeat the combo strikes, indicating that you need to stop the combo at the time.

The game world is very huge, and I found myself getting lost in it a lot for a very simple reason, and that is the absence of the map in the game, which is very annoying, especially if you are looking for a certain place to go and here you must use your memory to try to figure out that place, and what makes it worse is the great similarity of designs in the worlds and despite the presence of a compass, but it is very difficult to remember where to go under that similarity, which makes you feel  that the developers didn’t want to exhaust themselves by introducing different designs but that isn’t the biggest negative thing of the game but repeated missions is the biggest negative thing, our constant need to get resources make you feel normal about accomplishing missions frequently, there are missions that ask you to defeat a certain monster, or attack on the fortress of enemies and kill their leader, but the idea of side missions is very repetitive and you will find yourself repeating  the same task again and again with the change of the environment only, the problem is that to progress in the story you’re forced to do these missions to gain some coins and stuff so you can open more areas which is boring with the time, but at least the game allows the possibility of playing the levels with your friends and it’s cool in some way.

In the end, Godfall is a game that tried to be like “Destiny or” or “Monster Hunter” with its main idea, it succeeded in providing a good combat system and the design of the armors and the graphics of the game, but in terms of content and missions it did not succeed much, the game is a subject to improvement with the next additions to it and starting from January The game will start getting updates that will determine my desire to play the game again or just what I have experienced with it until the time of writing this review.