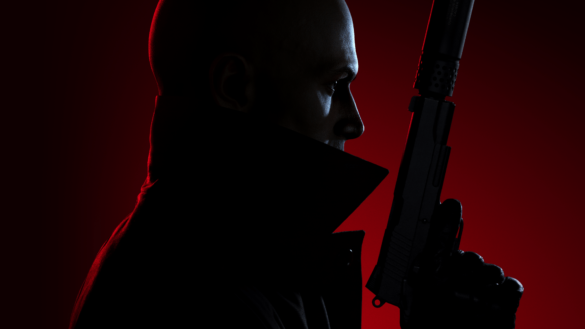 Hitman 3 will set the closing point for the series trilogy that brought Agent 47 back into the spotlight of popularity in a successful way that amazed the gamers, and the ending point had to be the perfect way to fold the book with a great end.

After experiencing the first two levels of Hitman 3, we can say that we are very excited about the different levels and ideas that the game will present with its full release. And with this amazing experience, we could eventually produce this preview that will be the first impression of the game and not the final review.

The story of the beloved agent continues in an unusual mission taking place on the world’s highest tower “Burj Khalifa” within the city of Dubai, and we noticed from the beginning the focus of the developer on giving the missions a more special and varied way of entry and looks wider than the previous one and certainly what we most welcome in Hitman 3, because we’re still fans of the old parts obviously and seeing this focus on the mission system while giving it an excellent push forward is the most important step for the future of the series.

The diversity wasn’t only present in the Dubai mission alone, which continued to push feelings of fascination towards us as we progressed in its openings, more things seem similar to the previous parts but at the same time give you the feeling that it is a larger and wider experience and you have a lot to see, a lot of options and choices to test and explore, a lot of details to pay attention to, in fact, these beautiful moments. In fact, these beautiful moments were present in the design of the rest of the game missions as well and were the best thing we enjoyed during this preview, and also increased our respect for the developer for his big efforts to improve and refine the missions in the best possible way without compromising the fans’ positive expectations or disrespecting the huge player base for this series that takes us many years back to a beautiful history.

As you might expect, you can’t follow one single strategy or repetitive gameplay to finish all the missions in the same way, even if you want to be a noise-loving killer, you won’t be able to just raise your weapon and rush into death, but the exceptional design of each mission forces you to understand your surroundings and take it all into account. (Which actually reveals that this game will be more fun and even more aimed at being a professional assassination game despite giving you the freedom to follow your chaotic style if you wanted to.)

This magnificence will not fade, but it may quickly become mixed with what is familiar with time, as there are many factors that returned from the second and first parts, we see a completely identical user interface and a similar gameplay system and a return to the feature of collecting pieces of information to complete your task and challenges, etc… But of course, there are also some new features in Hitman 3, the most remarkable is the addition of better and wider interactions with the map tools and hints in missions, because now you need to pay more attention to the conversations of the characters around you because they may give you the secret code of a locked door or you have to search meticulously to find the code yourself, and you can now use a camera to unlock certain locks and examine objects.

We can note that some of these features have already existed before so that you can re-play missions in more than one way but now they have taken an excellent push for the better with more expansion to live a more immersive experience.

Hitman 3 graphics are undoubtedly amazing and provide excellent lighting effects and more realistic designs for the characters especially our hero, with great attention to the smallest details such as the agent’s suit and stuff like that, which are, in short, as you would expect exactly.

We didn’t give the graphics much attention because we wanted to focus more on another feature that considered under the graphical features category, which is the new physics in the game that obviously overcomes the two previous parts in the interaction of Agent 47 with objects on the map and the movements of the public around you are more realistic and elegant in some ways. However Agent 47 still walks in a strange way as he does in the previous parts, but the rest of his main moves (climbing, fighting, etc…) are more natural and realistic.

We can finally mention the addition of virtual reality to the experience which the developer promises to make us a real experience as we hope but so far we haven’t been able to get our hands on it so we can judge it ourselves.

The upcoming return of Agent 47 in Hitman 3 will be great, as anyone who has previously experienced Hitman and Hitman 2 expects. It can be said that Hitman 3 will be a mixture of the two previous parts in the best possible way with a bunch of improvements, new features, and of course more magnificence that we are used to in these assassination series, so we expect that it will be a pleasant experience that may surpass the previous two parts but at the same not too different from them because the developer decided that he most optimal way of ending the Hitman Series must be the safest way to satisfy all players.