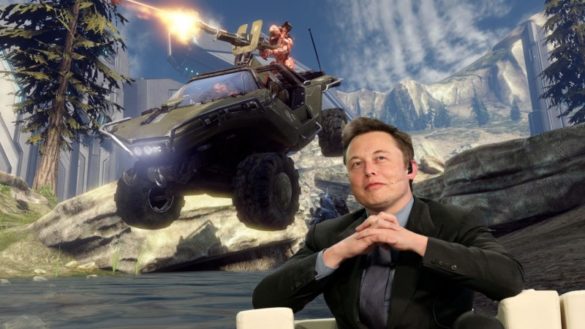 Tesla is a leading brand in the futuristic vehicle industry, and Elon Musk, CEO of Tesla, has already shown that he’s not afraid to get too weird when it comes to the next-generation designs. For this reason, it’s not surprising that when it comes to conceptualizing a real Halo Warthog, Xbox will turn to the same billionaire to make that dream a reality.

The potential duo got started when Elon Musk revealed that Halo is one of the few console games he likes. This tweet caught the attention of Aaron Greenberg, Xbox’s director of marketing, who showed his intention to collaborate.

Elon Musk, unfortunately, didn’t answer, but if there was anyone who could make Warthog a reality, it was the man who made a consumer quality flamethrower (not one). The link between the Warthog and the Cybertruck that will soon be produced is quite clear. Both vehicles are armored, both have unique shapes and sharp edges, and both seem to belong to a video game – the waypoints could even be used in a head-up display for navigation.

For the moment, we don’t know if this will lead to anything. After all, cross-brand collaborations take time, effort, and are often difficult to execute. As a result, it may never bear any fruit.

It’s been almost five and a half years since a new Halo game was released, which makes any news to the universe much needed. 343 Industries promised monthly updates on the status of Halo Infinite and confirmed that its content was complete. From a marketing standpoint, it would be a dream come true for Xbox to partner with Elon Musk, who with a single tweet can drive stock prices higher.

It remains to be seen whether there is any interest on Tesla’s part in making the legendary Warthog a reality, but it’s probably safe to say that if there is, thousands of Halo fans would want to put it in their hands. Unless or until we hear Musk, we’ll have to settle for dreaming.

Also, keep in mind that this collaboration can lead to different things. For example, we may not see a real Warthog produced by Tesla, but we may see the Cybertruck in some Xbox Game Studios games. We’ll see if that happens.

What do you think of this collaboration? Would you save up to buy a real warthog? Let us know in the comments.

Mass Effect: Legendary Edition, Less Than a Remake, but Much More Than a Basic Remaster