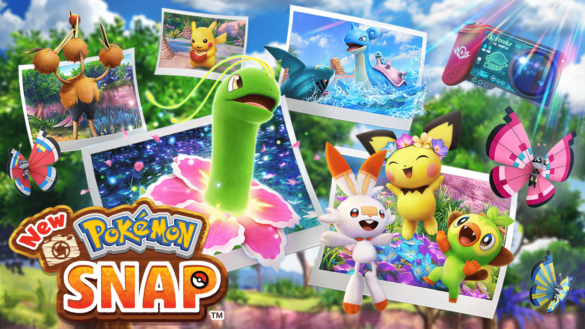 Nintendo announced that the New Pokemon Snap game will be released on the Nintendo Switch on April 30, 2021. New Pokemon Snap takes place in the Lental region, taking players on an adventure full of Pokémons through the jungles, the deserts, and more.

In New Pokémon Snap, players will take on the role of a budding Pokémon photographer and work with the Lental region expert, Professor Mirror, and his assistant, Rita, on an ecological survey to photograph Pokémon thriving in nature. In a new trailer released today, additional footage and details were unveiled for New Pokémon Snap, including its April 30 launch date. You can watch the release trailer below:

Players will be able to interact with Pokémon by throwing fruit to catch their attention or watching them eat, and can use the fruit to help get them out of different situations.

Professor Mirror will evaluate and score players’ photos taken on their adventures. Pokémon photography is evaluated based on the subjects’ poses, how large they appear, how directly they’re facing the camera, and where they fall in the frame. As players take more photos and fulfill research on their journey, they may see Pokémon look and behave in entirely new ways. Players will have to take many photos and use their highest-scoring shots to fill out their Photodex, a collection of Pokémon photographs.