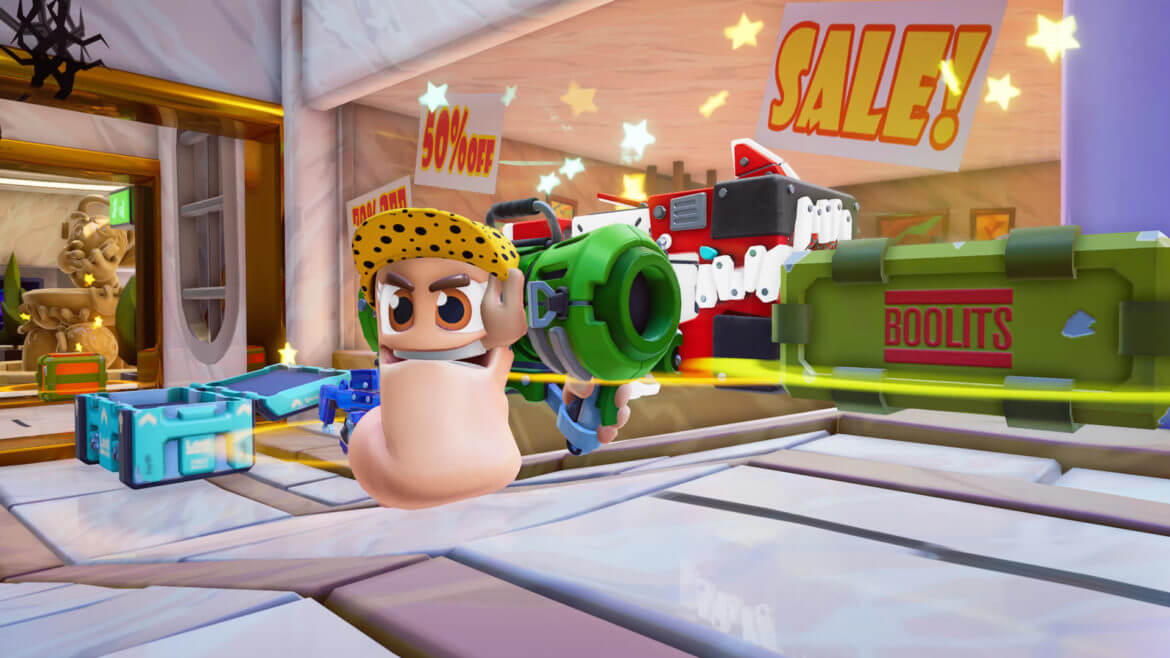 Team17 has planned a whole roadmap for Worms Rumble, with a first novelty that announced with the name Deadly Dockyard

Released on December 1, Worms Rumble is a strategy action game that lets you go on a war with a group of earthworms. On the 17th of this month, the game will have a new map dubbed “Deadly Dockyard,” inviting players to compete in a shipyard filled with containers, cranes, and boats.

Note that starting today, the Lab will also offer a regular and time-limited game modes, with cosmetic rewards. First, ” Pistols at Dawn “, equips each worm with a cannon capable of killing in one shot. The event starts today at 4 pm and ends on December 12 at the same time. As a reward, you will win a golden worm skin.

Finally, the holiday season will soon be celebrated with a selection of free Christmas cosmetics as well as two new premium sea captain or shark outfits, and weapon skins.