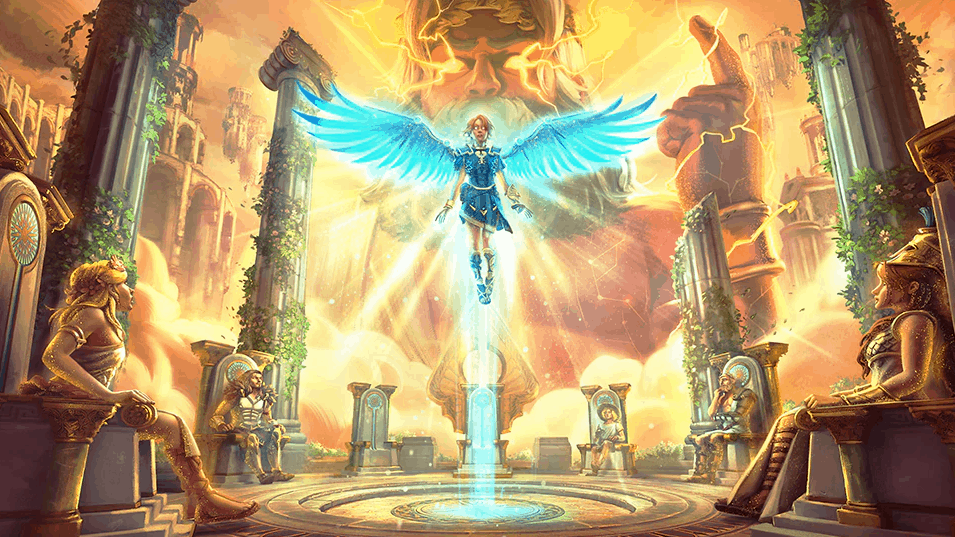 According to the Twitter user “Playstation Game Size”, Nintendo Shop indicates that the first Immortals Fenyx Rising DLC (A New God) will be released on January 21.

The game Trophies have also been updated on PSN Profiles with the addition of 6 trophies for the upcoming expansion, and although Ubisoft has neither confirmed nor denied it, and they didn’t confirm any launch date yet, they indicate that the date is approaching.

Ubisoft had already announced a Post-Launch Roadmap for Immortals Fenyx Rising that would include free in-game events, weekly dungeon challenges, daily missions, as well as a season ticket for players looking for more content. The season ticket offers new environments, heroes, and a renewed gameplay.

The first expansion is “A New God”, in which Fenyx embarks on a new adventure to overcome the legendary trials and challenges of the gods of Olympos to change the Greek Pantheon and fulfill his destiny. Where players will immerse themselves in the dungeons built by the gods with impressive and challenging designs.

Not to mention that Immortals Fenyx Rising is available on PS5, Xbox Series X/S, PS4, Xbox One, Nintendo Switch, PC, and Stadia. You can check out our review of the game here.