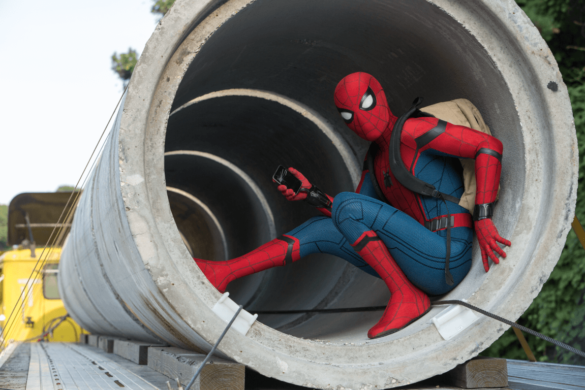 A few hours after the promotional troll by Tom Holland, Zendaya, and Jacob Batalon, Marvel finally unveiled the official title of the next Spider-Man 3 through a video on the movie’s official Twitter account revealing the real title of the movie which is Spider-Man: No Way Home.

Although the official plot is still unknown and no teaser has yet been released, the next episode of the Spider-Man franchise has been the subject of numerous rumors and theories for several months, some of which are becoming more and more convincing.

An expected and potentially risky move, which would allow Peter Parker to join Sony’s extended universe alongside Venom and Morbius. A few doubts remain, however, about the mega-spider reunion that many dreams of seeing on the big screen with the return of Tobey Maguire and Andrew Garfield in their Weaver costumes.

On the other hand, it is increasingly obvious that the next film directed by Jon Watts will see a Spidey on the run after the events of Spider-Man: Far from Home. As a reminder, Mysterio (Jake Gyllenhaal) had revealed Peter Parker’s double identity before he died while accusing him of his own crimes, which allowed J.K. Simmons’ J.Jonah Jameson to unload his anger on the superhero.

While some Morbius filming photos suggested that Spider-Man was either hidden or on the run with no way home, the official title of Spider-Man 3, recently announced on Twitter, also points in that direction.

After playing the card of parodic intoxication with the announcement of three fake titles by Tom Holland, Zendaya, and Jacob Batalon, Marvel once again relied on the trio of actors to unveil the real title, which is, therefore, Spider-Man: No Way Home.

Based on the previously published images, it is easy to imagine that MJ (Zendaya) and Ned (Jacob Batalon) will want to hide their friend and will have to be discreet themselves given their relationship with Peter.

We are now waiting for a first teaser or some more information about the plot to find out more, and not to mention that Spider-Man: No Way Home will be released in theaters on December 15th only, the company announced, meaning that it will not be available to Disney+ subscribers.

Days Gone Is Coming To PC This Spring